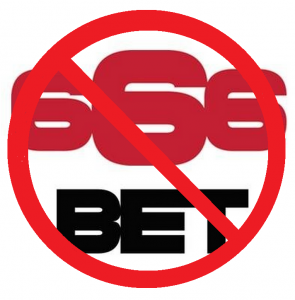 Celebrations are in order, as this week marks the end of the sorry saga that is 666Bet (and its offshoot Metro Play). The Gambling Commission have stated that by court order, dated the 2nd of July,  the company is to be ‘compulsorily wound up' – in other words, it is being forced into liquidation. For those who were hit by 666Bet's withdrawal deadlines, this news could bring about some hope as the court order now tells any indebted customers to get in contact with the liquidators.

If you haven't been following this fiasco so far then you might be feeling a bit lost. That's because this story contains so many twists and turns that they might as well sell the plot to Netflix. Back in April we saw claims of fraud and money laundering which led to the UKGC closing down the two sites and arrests being made. Understandably, players were worried about what would happen to any money they had in their accounts, and fortunately Skrill stepped in a few weeks later to help out. In May, however, 666Bet put a deadline on any withdrawals, stating that any unclaimed balances will be no longer accessible after the 24th May.

After this deadline, a message appeared on each respective site informing customers that they would now have to contact 666Bet directly using the reopened email customer support if they still had funds to withdraw. However, in a statement made on the same date, the UKGC posted this contradictory message ‘The Commission understands that payments are not presently being made, pending the promised additional funding needed from the owners.'

It seems that for all 666Bet's apparent ‘support', reassurances and promises of urgency, it simply did not have the money to be following through. But that didn't stop the company hiding the truth once again. Just 15 days before the court order for liquidation was given, a spokesperson for 666Bet claimed that funds would be made available for any customers who had requested withdrawals and it was unaware of any planned insolvency action.

By going into liquidation, there is a small glimmer of hope for any customers still trying to reclaim their lost funds. A new deadline has been set, which means that all customers who have remaining claims must contact the liquidators before the 7th August 2015.

The UKGC have stated that they do not know whether this development will have any impact on the payment of outstanding balances to customers. However at least now we can hope for some transparency in the proceedings, as with 666Bet out of the way the whole case is no longer shrouded in lies.