Every week some lucky players and mobile casino members score big and win enough money to fund a nice holiday (we’d choose to go somewhere with a lot of sun and slots!). Last week there were a few of these fortunate players at the LadyLuck’s Mobile Casino Here’s an overview of those winners, along with other weekly news at LadyLuck’s.

Monday shinned down favourably with winnings

On Monday, David from Oxfordshire started the week off on a winning note when he hit a cavaliering jackpot on Knight Quest worth £1,274.87. Considering the fact that he only wagered £1 on the spin, I would say David spent the week feeling like the king of the castle.

Also on Monday, LadyLuck’s announced the winner of their £1,000 cash draw. As we reported on last week, LadyLuck’s put on a contest for the week of the 25th of July, where any member that deposited money into their account and played a game was registered to win the money.

Well, the winner that was randomly selected was Chris from Nottingha! Chris got a cool check for £1,000 just for being an active member at LadyLuck’s. That’s not bad advertisement for joining right there, now is it?

Tuesday said, “Hello, how are you? Here’s some money now.”

Most of the big winning came at the beginning of the week last week as Tuesday saw the final huge jackpot when Alan from Glasgow won a mystic £840 off of a bonus spin on Pharoah’s Fortune. I don’t know if you have heard, but the economy’s not doing too swell, so pocketing a nice £840 off of a simple bonus spin had to have felt pretty fantastic for Alan!

There’s already been some big winning this week over at LadyLuck’s. There’s no telling how many ecstatic mobile slot players we’ll be reporting on next week. Hop on over to LadyLuck’s today and try your chances at making the list of the week’s top winners! 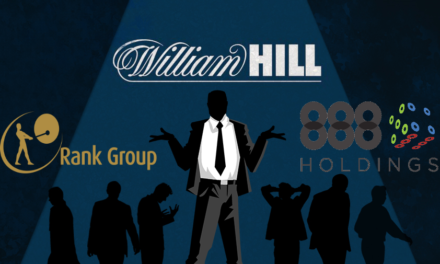