Online and mobile betting operator 666Bet has just announced that it will be purchasing and taking over the running of Metro Play Casino from its current owner – The Metro, a subsidiary or The Daily Mail. This isn’t a partnership, like with NetEnt and Bwin.Party, but a total change of owner. This is great news for 666Bet (which launched in June and has been making quite a name for itself ever since) as it will be taking over the running of one of the biggest and most successful casinos, which is still relatively still in its infancy. What we like to ask here at Mobile Slots 4U, however, is: how good will this move be for players? Let’s take a look and find out.

Big Promotions on the Horizon?

Now in the past you could never accuse Metro Play of being mean with promotions and bonuses. Running regular promotions and making sure there was always a nice extra bit of cash to be had has always been the way of things at the casino, and that shows no sign of stopping. However, could it be that with 666Bet taking the reins we’re set to see a new golden age of promotions at Metro Play?

The reason this seems like a possibility can be found in 666Bet’s own inception. Back when the casino launched, there was a small football tournament about to start – you may have heard of it, it’s called The World Cup. Anyway, being the new kid on the block, 666Bet decided to grab some headlines by offering 1966/1 odds on England winning (obviously harking back to the team’s last victory in the tournament).

While most can agree it was a pretty safe bet on 666Bet’s part, given England’s performance, it does indicate the company has a keen eye for opportunity and a feel for theatrics. My hope is that they’ll bring this same spirit of excitement to Metro Play and offer some really interesting promotions at the site.

Still for People on the Move?

So when it was first launched, Metro Play made a big deal out of the fact it was perfect for commuters. As a casino owned by The Metro newspaper, it seems natural that the site would be geared towards people on the move, and up until now it has been great at making sure users on tablets and mobiles have been well catered for. So is there a danger that 666Bet (until now only an online entity) would move away from the focus on mobile?

I don’t think so. All signs seem to suggest that the strong mobile presence is one of the key attractions for 666Bet towards Metro Play. It seems that 666Bet is after those mobile players, and if it wants to keep them, it will have to make the effort to make mobile play great. 666Bet’s CEO has stated that one of the key missions of the merger is “continuing the development of the casino and creating a quality offering for Metro Play’s existing players, as well as new ones” – I read that as pretty good news for mobile players.

Metro Play is currently one of the best places to play slots on your mobile. It was developed with the help of experts in online and mobile casinos who helped focus the casino on slots and other casino game. 666Bet, however, is very much a betting (and mainly sports betting) site. I think the last big concern for current players is that the love of slots will be lost at the casino, and a new preoccupation with sports betting will take its place. This one I don’t really have an answer for. While I sincerely hope that the concern is unfounded, I can’t see the future so it’s very much up in the air at the moment… Sorry I can’t help.

However this all turns out, it’ll no doubt be interesting to keep an eye on Metro Play over the next few months and see how its new ownership changes its face.

Getting to the Bottom of 666Bet’s Troubles 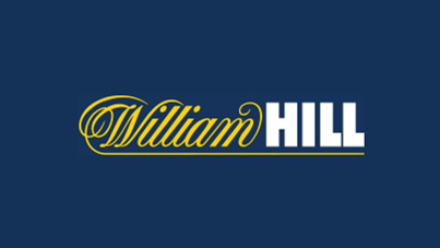