The Information Commissioner’s Office (ICO) has taken 400 online gambling operators to task over its believe that they are using the personal data of their customers to promote their websites. The promotion is taking the form of an unreasonable number of spam texts, which are being sent by affiliate marketers within the gambling sector, all of which have ties to the online gambling operators under suspicion.

The ICO wish to not only stop the spam texting that is taking place, but also get to the bottom of where they managed to get the personal data from, as well as discover who the data controller is, as there appears to be no obvious source of who is actually coordinating the marketing push

Due to the lack of an obvious central power, the ICO is finding it hard to pinpoint who to prosecute. An inability to
discover the data controller leads to “a situation where neither party is taking any responsibility for complying with the rules,“ according to the ICO. 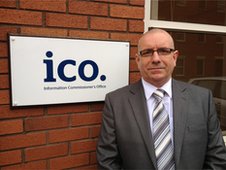 comply with the law when using people’s personal information. Not knowing the law or trying to pass the buck to another company in the chain is no excuse.”

The use of a separate affiliate marketer to actually dispense the text messages is viewed as an extremely suspicious move, as it is currently being used as a smoke screen to hide the origin of who collected the data and more importantly, who authorised its collection in the first place.

David Clancy continued that “the public expect firms to be accountable for how they obtain and use personal data when marketing by phone, email or text. Fail to be accountable and you could be breaking the law, risking ICO enforcement action and the future of your business.”

As a piece of advice to the public, David Clancy reiterated advice that he has frequently given whenever a sudden surge of spam messages is reported, which was simply “don’t respond” if you receive one.

Effects Of The ICO’s Future Findings

As this is still currently an active investigation, with no operators having been formally accused, the ICO haven’t released any details on which online gambling operators are involved in the scandal. As their investigation focuses and their findings become more secure, we should start to hear which operators have been charged with any crimes relating to the spamming and data collection charges.

It may even be the case that we start to see some of our favourite casino operators being hit hard, or possibly even having their licences taken away in light of what the ICO investigation reveals.