There’s no doubting that, in the world of mobile slots, Hopa Mobile is one of the big players. Granted, they might not be as big as sites like mFortune and LadyLuck’s, but they still have loads to offer to you if you want a new place to play mobile slots -– which is why we rated them at number 3 in our list of the best mobile casinos around! You can see the basic details of Hopa Mobile at our Hopa Mobile review page, but this article is going to delve much deeper into the site and simply tell you all the facts that you should know about. So, it’s not a short review, but it is the only Hopa Mobile review you’ll ever need to read!

Although the meat and potatoes of this review is going to be about what Hopa Mobile can offer you, let’s quickly take a look at the company first. The most important thing to know about them is that they were originally a mobile scratch card site, but now they offer so much more – something that other reviews often fail to mention. What is really exciting though is the fact that they are run by their own software – Hopa Software – which means they are really original. In a world where most sites seem to be run by Spin3 or Probability, which leads to them all looking the same, Hopa Mobile is a breath of fresh air.

How Fair Are They?

When asking about the fairness of Hopa Mobile, the only way to truly show you how well they treat their customers is by looking at the different regulations in place to ensure this. The main thing that ensures all of their customers are looked after properly is the fact that they are regulated by Lotteries and Gaming Authority of Malta, which forces the site to abide by many different terms and conditions. Don’t get concerned that they aren’t regulated in the UK though, as this is purely for tax reasons and also many of the biggest names in gambling are also registered in this country. As interesting as the above two sections are, the main thing that you probably want to know is this: what games do Hopa Mobile offer? Well, they have 12 games in total, with five of these being mobile slots. All of the mobile slots that they offer can be played on all major handsets and the majority of less popular ones as well and they are different to the games that you’ll find on other sites, because of the aforementioned fact that they are made by Hopa Software and not one of the bigger companies. The mobile slots that they have on their site are:

Perhaps more important than the games though are the jackpots, and you can win a considerable amount on each one. For example, Egyptian Magic offers a jackpot of up to £100,000, while the hugely popular, yet very simple, Royal Slots also has a £100,000 jackpot attached to it. Just looking down the list of winners on the Hopa site will show that these prizes are won on a regular basis. It can be seen here.

When looking down this list though, you’ll notice that the slot machines don’t give the biggest payouts – it’s actually the scratch cards that have the best chance of making you truly rich. The most exciting of the scratch cards is one called 3WOW, which is the flagship game on Hopa Mobile. It has a jackpot that you won’t believe: £1,000,000! This is a mobile slots site, so scratch cards might not be your thing, but we are sure the offer of a cool million will have you scratching away furiously!

There’s no doubting that the biggest factor when deciding on which site to sign up with is the bonuses that they offer, and in this department Hopa Mobile holds up reasonably well. All new players will get a £5 bonus as soon as they sign up to the site, without even having to make a deposit. This is the same as most other sites offer, including Moobile Games and Fruity Phone. They will also match your first deposit up to the value of £100 which, as you can imagine, makes a massive different to your bankroll!

There are another couple of bonuses worth mentioning as well, and these are:

There’s not really much to say about the deposit and withdrawal options you can find here, as they are the same as any other good mobile casino out there. For deposits, you can use credit and debit cards, Entropay, Skrill, UKash and Neteller, as well as your mobile phone itself. When it comes to making withdrawals, you can use the same as above, with the exception of UKash and your mobile phone. The system for making deposits and withdrawals is very easy to use, as you will find when you log onto the site.

There’s a reason why Hopa Mobile are rated as our third best mobile casino, and that is because they are original and therefore really fun. When you add in the fact that they have good bonuses and some rather large jackpots, you will see that a really good casino is the result. Only you can decide for yourself though, so head over there and see what you think!

Where do you want to go next? Karamba mobile? 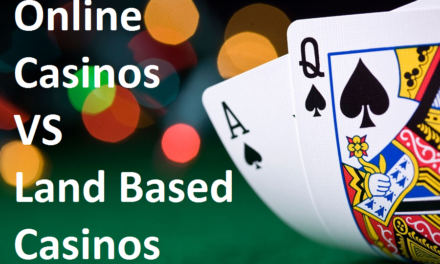 Depositing By PayPal at Mobile Casinos