Science Fiction has been significant part of human culture for more than a hundred years. From literature to films, it normally sheds light on the human condition and provides a reflection of society. It’s not just something geeks talk about. It asks questions like: “Where are we going a species? Where did we come from? Is it okay to play God?”

So, naturally, it was only inevitable that software makers were going to make sci-fi themed mobile slots. What, did you think this was going to be a dissertation or something? Sci-fi’s a pretty influential genre and we’re here to celebrate it by showcasing the top five mobile slots that have a sci-fi themed design. NetEnt have made many mobile slots over the years and some of them have a sci-fi theme. Thief, on the other hand, characterizes society’s current perception of the entire genre and then some in the form of a 5 reel, 25 payline title that features the exploits of a future female thief.

It’s a very well-designed and beautifully animated slot with visually appealing graphics and sound design that gets your blood pumping with adrenaline. Its primary features are wild symbols, scatter symbols, extra spins and autospins which make the game not only fun to play but rewarding and satisfying. Not exactly based on the Oscar-contending film of the same name that came out last year starring Amy Adams, this mobile slot by BetSoft is a more… cartoon-y rendition of what our first contact with extraterrestrial life would be like. This 5 reel, 30 payline game is powered by BetSoft gaming who may not be the most prolific developer in the world but the mobile slots they produce are no less fun or engaging.

Arrival is no different. With pictures of all the classic sci-fi imagery like flying saucers, ray guns and googly-eyed aliens, it’s immensely entertaining and makes great use of scatter symbols. You will not be disappointed once you play it! Based on the reboot of this cult classic sci-fi show, Battlestar Galactica the video slot makes great use of the imagery found in the show. With 243 ways to win, too, playing not only immerses you in that world but makes you feel as though you have achieved something.

It’s one of the many conventional mobile slots you’ll find out there, but it’s doubtless a gem among the many made by Cryptologic. It’s a must-try for all experienced players.

A second mobile slot based on a massive multi-million dollar franchise, Terminator 2 by Microgaming has been featured on the front page of many casinos many times throughout the years. With an RTP of 96.6%, it’s easy to see why! Play alongside the T-800, John and Sarah Connar as they defeat the T-1000 and prevent Judgement Day from even happening.

With 5 reels and 243 possible winning combinations you can expect a lot of action-based gameplay with bonus games that feature the films iconic characters. The graphics are also pretty damn decent and the sound design is perfectly evocative of that found in the film. Extra spins and extra payouts galore!

Finally, we have the eccentric space-themed slot by Microgaming — Galacticons! Like NetEnt, Microgaming has its fair share of mobile slots with a sci-fit theme, but this one really takes the biscuit. It really makes you feel spaced out with its rather satirical take on Close Encounters of the Third Kind.

Well, not exactly a parody of that film in particular but every movie like it, we suppose. It’s a load of fun regardless with 243 ways to win and plenty of extra spins, you can battle with a black holes on the reel to help you get a better win. 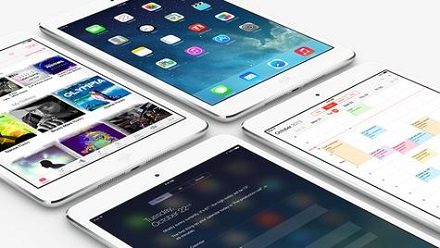 Which Device Should You Be Gambling On — Mobile Or Desktop?

10 Best Ways to Spend Your Mobile Casino Winnings (in GIFs)