It’s undeniable now that online mobile operators are seeing a huge increase in the use of mobile deposits from their users. There’s little wonder as to why this is. Mobile depositing is one of the easier (if not the easiest) and most accessible way of paying a deposit at a mobile casino. It’s been said many times but it’s true! And because of this shift, companies are now putting their efforts into promoting mobile payments, Paysafecard being one of them. But just how has it, along with other mobile deposit companies like Boku, provided such an effective service? And how will it shape the industry in the years to come?

Paysafecard are one of the biggest providers of mobile depositing market. They, along with Boku, have been leading the charge in the surge in mobile payments. A survey conducted by them shows that 40% of their users now use Paysafecard from their mobile (which amounts to about 97 million users across Europe). They operate on many online casinos to the point of being omnipresent. When people think about paying a deposit by mobile, Paysafecard would usually be the first thing that comes into their head. It would also be the first thing they see when they go on that mobile casino’s banking page. It’s a quick and easy method and involved little to no effort on part of the player to use.

The fact that they are leading the market is very telling of how people are willing to pay, too. E-wallets and credit cards can still be used (and are still the go-to method) but it’s pretty clear that mobile depositing by Paysafecard is quickly catching up and set to take over. Whether they’ll be replaced by it is another issue entirely. So how will Paysafecard respond to this boom in mobile depositing? They have now developed an app! With it, players can hunt down relevant places they can use the service and rate their sales with said outlet. It also supports voucher-users and provides news, promotions and an augmented reality — a “360 degree paysafecard” — that will assist the user with sniffing out the right places.

By using a QR code, the Paysafecard vouchers can be transferred and used for any mobile deposits. With all of this put together, it’s little wonder why Paysafecard is the leading provider of mobile deposits. The app is going to propel them into the future and put them on top of all their competitors.

What’s Next For Paysafecard?

After introducing their own app, other pay-by-phone bill companies would develop their own apps too depending on how successful it is. There are already services such as Zimpler that already have an app so it is debatable whether or not paysafecard are copying them. Either way, it doesn’t matter.

It’s clearly the way forward for the industry and to deny this progress would be silly. And the reason it is the future is because it fits in the the MO of what mobile casinos are supposed to be — convenient. Convenience is key and the more convenient it is, the better. 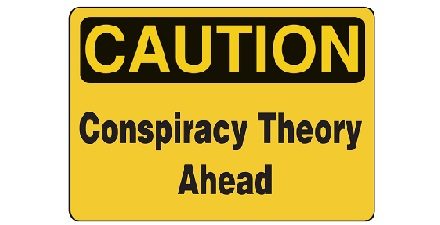 Do Bonus Rounds Occur More When You’ve Taken Out A Bonus?

Top 6 Things to Consider When Choosing the Best Mobile Slot