Sticky Wilds are some of the best features you can find on real money video slots. A simple search on Google reaffirms that most review sites and players love sticky wilds. Basically, they are regular wild symbols that land on your paylines after a spin, but one or more of these can be locked away for your further spins too. This way, you’re sure to benefit from most spins because a ‘wild’ symbol substitutes for any normal symbol and completes paylines to result in a win for the player.

Today, Sticky Wilds have come a long way from being just a decorative feature on the reels to actually influencing the way you win in your game. Let’s check out the top 10 UK online / mobile slots that have implemented the Sticky Wilds feature in the best possible manner.

Note: If you want to know what a Wild symbol is, read our post explaining the basic features of mobile slots before this article. Read about the different features of a mobile slot if you are not too familiar with them yourself. This guide explains all the symbols found in current video slots in detail.

Game makers like Net Entertainment (NetEnt) and Microgaming have been experimenting with different forms of sticky wilds: ones that can be locked away for ‘n’ number of spins; ones that can expand and cover the entire reels for a spin; ones that can be triggered in a normal gameplay mode; ones available in feature game mode, etc. IGT and Playtech also feature in this list, but they might not be as impressive as Microgaming and NetEnt for Sticky Wilds implementation on video slots.

One of the best sticky wilds feature we have seen in a video slot, Microgaming’s Girls With Guns – Frozen Dawn™, is a clear winner. Microgaming has redefined the concept of sticky wilds (during extra spins) with something they call “Magnetic Wilds™“. Magnetic wilds work like this: Whenever wilds appear on any reels during extra spin, they are (magnetically) whisked away to the left-most reel of the same row, and are retained for the entire duration of extra spin, giving you chance to grab a  massive win at the end. As you know, winning paylines are calculated from the left to right in most video slots, magnetic wilds on the first reel can produce a lot more winning combinations than on any other reels. This YouTube video by CasinoInfo TV demonstrates it all. MAGNETIC!

Girls With Guns – Frozen Dawn™ also has the Frozen Wilds™ feature, which is another unique implementation of Sticky Wilds. The Frozen Wilds™ latch on to the reels in which they occur for up to 3 spins. At the end of three spins, they melt down. If 5 or more Frozen Wilds™ occur at once, it results in a Mega-Gewinn, paying out a large amount of money. CasinoInfo TV has another video demonstrating this.

The cutesy robotic game by NetEnt – Alien Robots – sizzles with expanding sticky wilds. These are available only during Extra Spins. Three or more Scatter symbols activate extra spins, and if Wild symbols land on your reels during extra spin, they expand to cover the entire reel of 3 symbols and improve your chances of winning on the next spin. After one extra spin, they revert to their normal size. You can land on any number of wilds during your extra spins. Check out the YouTube video below to see what we mean.

This fun X-masy slot (video below) has the right ingredients when it comes to features and bonus games. The unique “Trailing Wilds™” feature is one to watch out for in this slot. Trailing wilds are a cross between sticky wilds and expanding wilds in function. It is not appropriate to label them expanding sticky wilds either (going by the Alien Robots definition above). When Wilds occur in a certain extra spin bonus round (on any reel in the first or the second position), they expand to convert the reel position below as a Wild symbol), and stick to the reel for the next spin too. In the next spin, the wilds trail down to the third position (if available), and the feature begins to resemble a Stacked Wild for one spin only. This can occur on any reel at any time during the extra spin, so you might always have a reel or two with the Trailing Wilds feature on. The same feature is also available on Microgaming’s Avalon II™ slot.

IGT’s Ghostbuster is one of the early feature-rich 5-reel video slot games that has seen a good fan base in the past. First launched in the land casinos, this game made its way to the online casinos shortly thereafter. Although it is unlikely that you might play on this slot in 2014, we must praise the game for its early introduction to the exciting feature games and wilds substitutions. In the Stay Puft bonus round, marshmallows fall on to the reels and convert some symbols as Wilds. These wilds stick to the reels until the extra spins end. Check out the land-based slot game’s promo video below.

Would you like to choose your sticky wilds? If yes, Wild Gambler is the one that you must play. Playtech’s Lock & Spin™ feature enables players to choose which wilds they want to retain for the rest of the regular game play. You may retain one wild, all the wilds, or none at all. You may convert any regular symbol into a wild! Bascially, you click on them to lock them in place. In Wild Gambler, “sticky wild” symbols (ie. a wild animal) are locked behind caged bars. The catch is: you have to pay a price to retain the wilds, and the stake is different based on the position of the wilds on the reels. You may try different combinations of locked wilds, and see how much it costs you per spin. Trust us, when you’re really starting to lose, you can turn your game around with this awesome implementation of sticky wilds. Check out the video below.

Jack Hammer 2 has a “Sticky Win” feature, which is a divergent functionality of the original Sticky Wilds — the wins are not a result of certain “wild” symbols that stick to the reels. Instead, some symbols on one or more winning paylines are momentarily held in place while the remainder of the symbols spin again for a chance to come up with more winning paylines. When there is no extra winning payline, it marks the end of the spin and wins are collected. You’d think that you might keep winning continuously by this method, but we think the frequency of payouts is slightly lower than your regular slot game. Nevertheless, a great Sticky implementation indeed!

Starburst™ is a popular mid-variance slot by NetEnt released early this year. The expanding sticky wilds on this slot come with a free re-spin. Whenever you catch the star symbol on any of the reels, the symbol expands and makes the whole reel sticky. You are then given a extra spin, in which you could land on another star symbol, and the process would continue. We think this feature is cool just because the star symbol seemed to occur quite often in regular game play. If you have favourable symbols on other reels, you could land on a big win too!

Fantastic Four is another Playtech baby, with the character known as “The Thing” sticking to your reels during the bonus extra spins. When you get 3 symbols of this character on any reel, you get 3 extra spins wherein the character becomes a sticky wild. During “The Thing” bonus, the number of wild symbols are automatically set high on the reels, so there’s good chance that you come away winning pretty amounts of cash. Catch all the action here.

South Park™ is one fun ride through the American animation sitcom by the same name. Packed with loads of features and bonus rounds, it’s good to see your favourite characters interacting with each other on a mobile slot. In the Stan Bonus extra spins round, the character Stan is seen puking on a girl, and in the background you see Sticky Wilds boosting your winnings. Droid Slots has a first hand review on South Park™ slot game, in case you’re interested. Also check out the official NetEnt trailer for their mobile optimisation, South Park Touch™ below.

Final Verdict!
At Mobile Slots 4U we have always been a huge fan of theme-based classification of games. We know that as slot players, you have list of things to have in a casino or slot game. Sticky Wilds are some of the best features you can find in a video slot — they are engaging, profitable, and likeable. NetEnt seems to be the leader in Sticky Wilds but we must give the honours to Microgaming for their Magnetic Wilds™ and Frozen Wilds™ feature. There are more video slot games with Sticky Wilds, as you might have guessed, and we haven’t listed them all. We think online slot games Under The Bed and Exterminator by Betsoft Gaming deserve a mention in this list too. 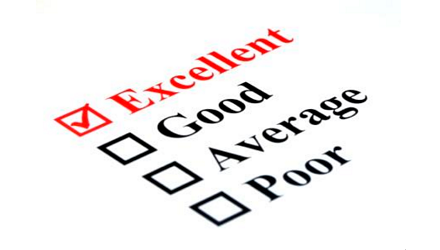 Online And Mobile Casino Reviews: Helping You Decide Where To Play 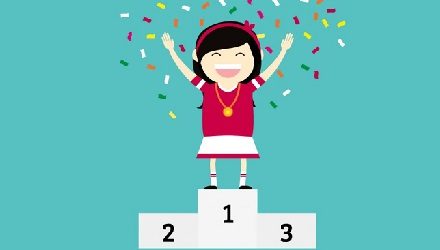 How To Sensibly Reinvest Your Mobile Casino Winnings