NetEnt and Microgaming are the two pillars that sustain a large part of online casino industry today. Both of these game developers release new mobile and video slots every month. Many other providers could only dream of being as successful as these two are. Is one better than the other, though?

We don’t aim to incite conflict between the fans of these two companies. On the contrary, we think it’s fun to compare some of the best online slots ever released. Who knows, maybe discussions like this will encourage game developers to make even better software than before? But first, let’s see which side is superior today.

Before we delve into their software and video slots, let’s take a look at the companies themselves. NetEnt is based in Sweden, licensed in Malta and has been around for more than 20 years now. Microgaming is based in the Isle of Man and it beats NetEnt by two years, being founded in 1994. Both companies are older than the youngest players at online casinos today, which is already an honourable achievement.

They’re actually among the oldest video slot providers to date. This is really evident when comparing their production with that of the new game developers. Pretty much every game by these developers is a gem. Although when it comes to just the two of them, a two-year gap means nothing at all. So, we’ll have to take some specific examples of video slots to find out the winner.

The Themes in NetEnt And Microgaming Slots

Having been active for so long, each developer has made hundreds of slots. With each new game they triy to stand out from the crowd, so their slots are based on lots of different themes. We aren’t going to talk about dragons, mythology (be it Egyptian, Norse, Chinese or whatever), Irish or jungle themes. These are plenty and popular everywhere. Both the companies have made many scary slots and many cute slots, too. What we’re looking at is something that’s really unusual and original.

For example, NetEnt has made a few fairy-tale-based slots. These not only include Fairytale Legends series, but also games like Jack and the Beanstalk. Microgaming doesn’t seem to have that. However, they have slots based on sports such as Football Star and Good To Go (based on formula-1). NetEnt seems to gain an edge here, though, as they also have a game with a boxing theme (Fisticuffs).

What about titles from popular culture? Microgaming has games like Tarzan, Terminator 2, Jurassic Park, Hitman and Game of Thrones. But NetEnt, too, has Frankenstein, South Park, The Phantom of the Opera and Dracula. Overall, we must accept that NetEnt wins this round. They can secure the advantage against Microgaming with slots based on music culture. Remember Motörhead, Jimi Hendrix and Guns ‘n Roses?

The Popularity Of Video Slots

It really isn’t a simple question when we’re talking about 20-year-old companies that are known worldwide among casino players. While we can’t tell whether NetEnt or Microgaming slots are more popular per se, we can look at particular examples. What are the most popular video slots of all time and how many of them are developed by each company?

Looking further, we have Jungle Jim: El Dorado on one side and Gonzo’s Quest on the other. Is there anything to counterweigh NetEnt’s Starburst, though? We’d say Thunderstruck and Avalon series do it pretty well.

Even if NetEnt isn’t winning now, it might not be long before they do. They’re the first video slot developer that took interest in VR slots and they’re the most active in this field so far (though Microgaming isn’t far behind). If virtual reality is actually the next big thing for the gambling industry, NetEnt will probably be the company to use this niche first.

The Features In Each Developer’s Slots What about the actual gameplay? Are there any specific gameplay features completely unique to one company? We wouldn’t say so. Neither of them have exclusively familiar features that would instantly set a slot apart from the flock. This isn’t the case of WMS and ‘Colossal Reels’, featuring in many of their games.

The truth is, there are so many unique games that have completely original and amazing features, it’s impossible to compare them all. Both NetEnt and Microgaming include extra spins, skill-based bonus rounds and gambling. They have tumbling reels, special wilds, special choices for player to make, levelling, changing sceneries and game mechanics. There are all kinds of paylines, from none to many hundreds.

If we had to pick a winner, we’d say ‘pick one yourself.’ We’re not doing it – that’s simply impossible unless you base it on personal preference. And this applies to our main question in general. Which is a better video slot developer: NetEnt or Microgaming? The difference isn’t that clear because both have managed to create absolutely wonderful games. Both have given years of satisfaction for thousands of players. Ultimately, both deserve the victory.

On the other hand, NetEnt had a slight advantage over Microgaming in some respects. If you think it’s enough to say that they make better video slots, then so be it. In the end, it all comes down to a single game you’re playing right now. If this one doesn’t work for you, you’ll find another one. Luckily, pretty much every casino has a few games developed by both of these companies, so you’ll never have to make this terrible choice yourself. 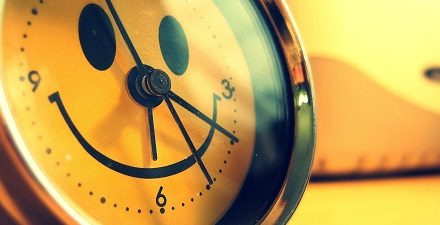 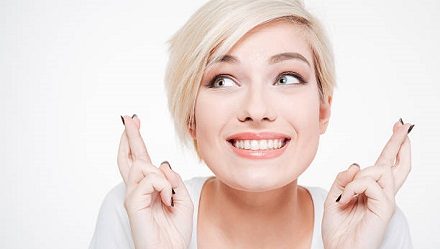 A Look At IGT As A Mobile Casino Software Provider