The Worst Mobile Slots We’ve Played This Year And Why 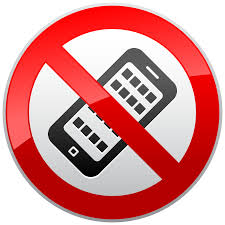 We've played a lot of slots this year and we do mean a lot! Software developers seem have really upped the ante this year and games were being released left, right and centre. 2016 has brought us some excellent slots which have not only succeeded commercially, but have pushed the boundaries with innovation and design. Our personal favourites include NetEnt's Guns N Roses and NYX's Witch Pickings, however for every great game release there's almost certainly a flop.

We do believe slots playing is all down to personal preference; some players enjoy simple games, some players love bonus features and some people are all about the high variance of the slot. This is why we always try to keep an open mind when reviewing slots and if we hate a game, we try to understand why another player might enjoy it.

That being said, today we've thought back over the games we've played this year and we've rounded up what we think are the worst slots we've tried out. All entries on this list have made the cut for various reasons, but if you strongly disagree with any of our picks, then don't hesitate to contact us and tell us why we're wrong!

Babushkas was released in August an

d was designed by the indie developers Thunderkick. We've loved previous slots of theirs, such as Taco Bros and Arcader, but Babushkas left us uninterested. The 5 reel, 17 payline slot is based around those stacking Russian dolls and, whilst we've usually got no problem with random themes, we found it hard to get on board.

The graphics of the game are uninspiring, the dolls don't pop out of the screen and the background of the slot jars with the symbols. We know Thunderkick can produce some visually exciting slots, like Esqueleto Explosivo for example, so why did they think this was a good looking game?

It's not just the graphics, however. The game is a low variance game so we understand that it shouldn't be paying out great amounts, but even a reasonable sized win seemed impossible. For instance, the biggest prize is possible if you can collate a full screen of the yellow small dolls, but even at this point you'll only be rewarded with 100x your bet. For this to even happen, you'll have had to collect several symbol upgrades, so it seems a lot of effort for a mediocre reward.

The wild bears could be the saving grace of this slot. They appear on the reels inside an egg and hatch — bears don't come from eggs, just for the record — to reveal some bonus features. They have the ability to upgrade symbols or deal out extra spins and do add a little excitement to the game, yet we just don't think they're enough to take this slot from boring to great.

Check Babushkas Out For Yourself At Casumo Casino

Firemen, by Playtech, is a slot that honestly baffles us. We don't understand the theme, we don't understand who the slot's designed for, and we don't understand how you're even supposed to get any decent wins. The game is based around ‘everybody's' fantasy of firemen, with huge muscles and skimpy outfits — how are you going to put out a fire in a vest I might ask? Whilst there's some great animation in the graphics, it feels lazy and most definitely cheesy.

The slot's gameplay is also problematic. You rarely come across any decent sized wins and the bonus features are underwhelming too. The game offers scatter symbols, which reveal one of three prizes. Either, you'll receive a wild symbol, an instant win of up to 10x your bet, or you'll launch the Inferno Bonus round. The Inferno Bonus round is a click-me game, and the wins are better than the base game, but still won't cut the mustard.

The game revolves around clicking for instant bonuses, which to us seems boring. The chances of receiving a bonus are low anyway, but we feel like Playtech have entirely missed the point of a good slot. We're not meant to be waiting for bonus rounds, the base game should be entertaining enough and Firemen definitely doesn't offer this.

As soon as you open Winstar up, you're greeted by a a logo that feels very familiar. This is because the team over at Blueprint Gaming seem to have taken some creative liberties, and basically ripped off the graphics to NetEnt's Starburst — even down to the multicoloured star. The game itself is bright and colourful, but it doesn't have the overall cleanness of Starburst so it's already failed in that department. The game does promise a progressive jackpot prize, which goes a long way in understand why it may have some appeal.

However,  as jackpot prizes are obviously rare, the game needs to be enticing enough by itself  and we think it simply fails to rise to the challenge. It promises players only one bonus feature, which did at first sound exciting, but we were left disappointed when we got round to playing. The mystery Winstar symbol is the main event of the game, a golden star that will arrive stacked. All the golden stars will then reveal the same symbol, creating a stacked line of symbols which, in theory, should be a great chance to create some winning combinations.

The problem is that this doesn't happen very often, and as the only feature to the game, by the time it shows up and rewards you with a big win, you've already grown bored. The slot is high variance, but for a high variance game to succeed  it needs to give players something interesting whilst they're waiting for their win to arrive. We think Blueprint Gaming have obviously tried to cash in on the success of the simple Starburst slot, but unfortunately it just doesn't work.

You Can Give Winstar A Spin At GoWin Casino If You Want!

Action Bank actually launched in December last year, but we've spent some time this year trying to get our heads around what could possibly make this game appealing. The Barcrest game features 5 reels and 20 paylines, wilds, extra spins and multiplier bonuses – sounds so promising right? However, there are only three symbols that pay to the game, the 7, bar and X. You'll often find your reels flooded with O's, but don't get excited as they pay out absolutely nothing. Even the wilds don't have a value.

The reason that the O's are one of the most common symbols of the game is because you'll need them to trigger the bonus round. At any point, these can turn gold and if you find five, you'll be rewarded with one of two bonuses.  The first is extra spins, where you can receive anything between 5 and 30. You're also able to gamble these spins to receive more, and during the extra spins anything on reel 1 will receive a 1x multiplier too.  The second bonus is a simple click me round, you need to find three matching symbols to be rewarded with a multiplier and this gives players the chance of winning up to 500x their bet.

The bonus features don't sound too shabby, so how did this game make our list? Well for starters, it's possibly one of the ugliest games we've ever played. When creating a slot, developers must go through a hundred theme options, weighing up which will look visually pleasing for players, so how did Barcrest manage to decide on what is basically a supped up version of noughts and crosses? The background is grey, the symbols are black and white, it's all very dull.

Furthermore, if you really wanted to run with this theme, why add jokers as wilds and some vague connection to bank vaults? We honestly think that Barcrest must have been feeling unwell the day they came up with this slot, as that's the only way we can imagine someone thinking it was a good idea.  Looks aren't everything, and we're aware we're being superficial here, but we want the excitement of shiny graphics and great animation with our slots, and Action Bank is a million miles off base.

Give Action Bank A Quick Try At Vera & John Casino! 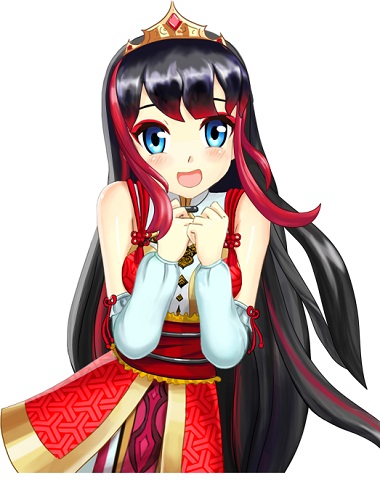 Review of Koi Princess Slot by NetEnt – So Many Features