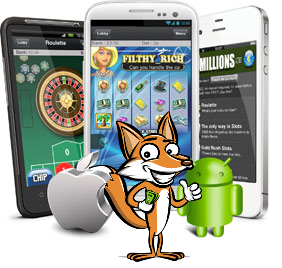 We're assuming that if you're on this site, you're interested in mobile slots. They're the backbone of any online casino and you have to become well acquainted with the workings of a slot before you can start to extract the best from your casino time. Whether you're a beginner who wants to start trying mobile slots out, or you've been playing for a while, there's always more to learn about the rules and variations of slots. In this mobile slots guide, we'll take a look at the basics of mobile slots, how they work, the bonus features they come with and the wide variety of slot types on offer.

The Reels And Symbols

Slots are played by spinning reels of symbols, with the goal of spinning as many of the same symbols as possible. Players must place a bet before they take their spin, with the aim of spinning valuable symbols in order to gain multipliers on their initial wager.

Most slots contain five independently spinning reels, which each display three symbols at a time, but slots can have a multitude of reel numbers and sizes. Symbols must land along predetermined lines across the slot, which are read from left to right, called paylines (don't worry we'll get to these in a bit). If the player spins a certain number of a certain type of symbol along these lines, they win money back.

There are three major symbol types on any slot. These symbols can do anything from winning the player cash, to activating hidden bonus rounds for players to enjoy and attempt to get higher wins than normal. The symbols that make up a slot include:

The Paylines And Betting

Symbols only count as a win if they are lined up along paylines. Paylines are lines across the slot that are read from left to right. If the slot sees three or more of the same symbols along a payline, it will count it as a successful line of symbols. Slots will differ greatly on the number of paylines they have and the number of symbols required in order to track it as a win. Some slots will contain 20 paylines and accept only two symbols as a successful line, while others can have as little as three paylines and accept three symbols as a valid line.

Paylines don't simply affect which wins are valid, but affect how you bet as well. Whenever a player places a wager, that wager is spread across each payline. If you're betting £1 on a slot with 10 paylines, then you're actual wager is 10p per payline. Whenever you get a win, by making a line of symbols along a payline, you don't win on the total £1 bet, but instead on the 10p bet of that payline. 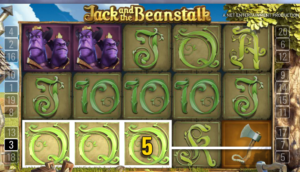 A Successful Line of Symbols

This is a fact which confuses new players, who think they're being ripped off when they manage to make a line and then don't understand why they're not getting a big enough payout. Some slots allow you to adjust the number of valid paylines, allowing you to concentrate your total bet into a smaller number of paylines, at the added risk of lowering the number of paylines available to make successful lines of symbols along.

It's important to bear in mind that your bets and paylines are very closely interlinked. The amount you're betting will be entirely dependent on the number of paylines that are active on the slot and the spread of your total wager across all those available paylines. So keep that in mind when you're judging how much you want to bet and weighing up your chances of success. 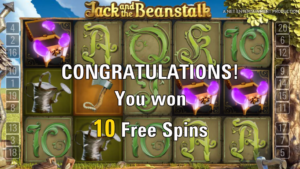 Bonus rounds are simply a way for players to win more cash. Because of this, they're the most uncommon feature to crop up during play, but when they are active, they're designed to give players bigger wins than they would usually receive in the base game.

A popular form of bonus round is a extra spins round, where players will get to spin a certain number of spins, which will cost them absolutely nothing. Whatever your last wager was before activating your extra spins round, will be the amount you wager on every subsequent spin of the round. But each spin is placed for free and whatever you win during that bonus round you get to keep, free of charge!

There are endless versions of bonus rounds and if you play enough slots you'll get a feel for a wide range of bonuses. You can check the bonus rounds and how they work in the slot instructions, but the most common bonus rounds you'll run into will be:

This small handful of examples will hopefully make it easier for you to head into each bonus round more prepared for what to expect. One thing to always remember, is that when a bonus round comes up, it's a chance to win big money and is something worth getting excited about. 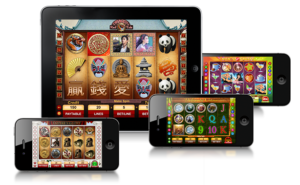 If you thought there being different types of bonus rounds was too much to take in, then you'll probably shut down at the prospect of there being a wide variety of slot game types as well. All slots function similarly on a basic level. You'll always need to place wagers, you'll always need symbols, and you'll always need those symbols to line up along paylines to win money on your wager. Slots have a lot of constants to latch on to.

But as slot games have gotten older, developers have begun to experiment more and more in order to keep their games fresh. The future of slots is a complete mystery, but for now, there's certain tropes and popular design choices that have found their way into the world of online slots. Here's a breakdown of the most popular kinds of slot you're likely to run into, in order of rarity (from most common to most rare):

This is the iconic slot look and is by far the most common slot type you'll run into. The traditional reel slot look is simple to understand, especially if you've gotten this far into our guide. Players place a wager and then spin reels that contain symbols on them.

If the symbols on the reels line up along the slot's paylines, then players will win some money depending on the value of those symbols. You'll then spin the reels again, place another wager and whole process repeats.

Get To Grips With Mobile Slots At Guts Casino!

An avalanche slot works exactly the same as a traditio

nal reel slot, but players have the ability to combo wins. If any winning lines of symbols are made, those symbols are removed from the slot. In the spaces left, more symbols will be added to the slot and drop in to fill the gaps.

If any new winning lines are made, the process will repeat until there are no new winning lines, at which point players are given their total winnings for the round and the slot will reset. This is perfectly incorporated into the Gonzo's Quest slot.

Get Avalanche Wins On Gonzo's Quest At Leo Vegas! 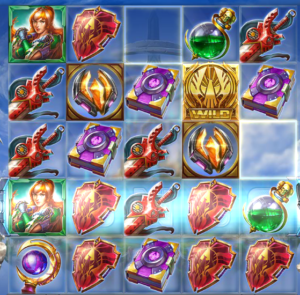 Grid slots differ from both previous types of slot by having a grid layout, rather than spinning their symbols on reels. The grid's shape differs also, with grid slots having more rows of symbols than normal. This means that grid slots are much more vertical than their other slot counterparts. This is because grid slots still have winning symbols removed from the slot, but this time, no new symbols are added.

In this way, the grid slot will slowly deplete in symbols, the more wins you make. Even though you can combo wins, you will eventually run out of symbols to make winning lines, so the size of your combo is severely limited compared to avalanche slots. This is precisely the reason why the slot is more vertical than the other slot types, as it allows for extra room for more symbols to fall into any gaps left by the winning lines. 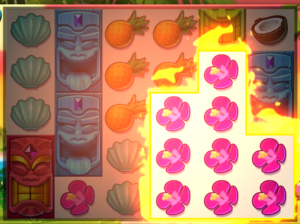 we've played on one hand. Cluster slots still work on the reel system, with symbols being spun into the slot. But unlike traditional reel slots, entire reels will contain a cluster of the same symbols. An entire reel can be made up of one single symbol type.

A win isn't determined based on paylines, but instead players win whenever enough symbols of the same type are clustered together. Players will have to spin clusters of the same symbols across several reels, which must cover a certain area of the slot, in order to count as a valid win. A perfect example of a cluster slot is the Aloha! Cluster Pays.

Everything You Need To Know About Mobile Slots

Hopefully, that has given you a clearer insight into the workings of mobile slots. You should now be equipped for how slots play, the aim of the game, the symbols at play and how betting works. Those are just the basics, but as we've warned, the variety of slots on offer is absolutely staggering and we can't prepare you for everything your mobile casino has to offer.

With all of the basics covered, we wish you luck as you head out and enjoy everything the mobile casino world has in store for you. If you're at a loss still, then search around for our other helpful guides to fill you in on any gaps in your knowledge. But if you think you're ready, why not try out our recommendations above and start discovering mobile slots right away.

How To Use Paysafecard: Offline, Online and App 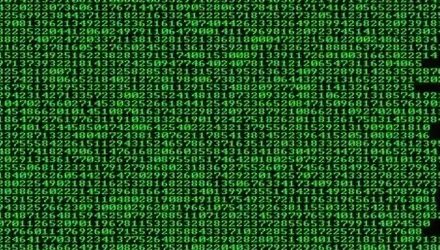 The Truth Behind Random Number Generators In Online Casino Games 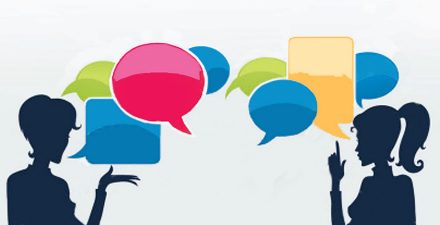 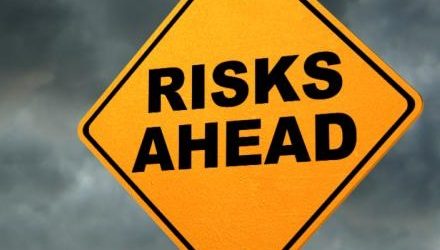