Strap on your platform shoes and boogie back to the seventies with LadyLuck’s Disco Dollars mobile slot game! This groovy disco game has an astonishing 50 winning lines, and does not disappoint in the slightest! 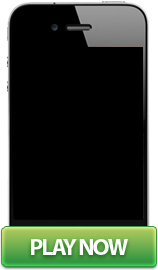 In LadyLuck’s Disco Dollars, you’ll shoot into a happening disco party, ready to start winning as the reels keep spinning! The graphics on this game are vibrant and funky. You’ll be excited by the game’s smooth, as you become part of the game and start doing the hustle all the way to the bank!

Disco Divas are wild, and if you land 3 or more Glitter Disco Balls, you win extra spins! Yes, you’ll be weighed down by the money in your pockets, but that won’t keep you from dancing the night away as you disco it up better than the best Donna Summers album!

This chic game features a minimum bet per line of 2p and a maximum bet per line of 50p with a maximum payout of £3,000! With that much doe, you can throw your own disco party to celebrate your winnings! Disco Dollars also boasts a Wild and Scatter bonus feature, and a bonus game where you can triple your winnings! Your neighbors might think you’re weird, but we know the grove is hard to hide when you’re jiving in the money!

Bonus feature game where you can triple your winnings.

Disco Dollars works on all types of phones!

Disco Dollars will have you ‘so excited’ that you ‘just can’t hide it’ as you do the Macho Man in your living room.