Fantastic mobile video slot by Quickspin. We hope you like fast cars and living the good life!

Are you ready for the ride of your life? Quickspin’s newest slot, The Wild Chase, has had us waiting with bated breath for some time now. Now it has been released and now that we’ve played it, we can safely say that this game is a thrill! It’s a slot that is reminiscent of all the heist movies you’ve ever seen and throws glamour and beautiful people on top of it. In addition to that, all the slot symbols and added features could make you one rich customer if you play wisely. Not life-changing, perhaps, but it certainly helps you pay for that holiday you’ve always wanted. That alone makes it worth your while!

In terms of the current developer market, Quickspin is considered to be quite high up there on the food chain with decent games like Genie’s Touch and Second Strike, however it isn’t exactly top-tier either. In case you think we’re being harsh, we mean that in a purely superficial sense. For instance, they’re not as ubiquitous as NetEnt or Microgaming.

We have to say, however, that Quickspin have created a really awesome game that gets your adrenaline pumping. It doesn’t take much to get your excitement raking up as you activate the games main features which include a lot of re-spins. Winning therefore doesn’t take much to achieve. Too easy? Well, maybe, but who doesn’t like to win?

Even a cursory glance at Wild Chase would immediately tell you that the performance and gameplay for this slot is incredibly smooth. The symbols and the reels are crisp, clean and do not interrupt gameplay at all. A lot of games have the tendency to not both putting much effort into their graphics so that they can rush the release of a game.

We can tell that Quckspin are passionate about their products. And with a 96.7% RTP, Wild Chase promises to be one of its most profitable. This rate of return is quite usual for a slot but the re-spin feature which triggers once you hit a combo of 3 or more of the same symbols. That’s all it takes! And if that wasn’t enough to make this game pretty epic, there are technically 15 reels to play on as each symbol has its own reel. Crazy, right? It’s pretty much guaranteed that boredom and this game do not fit in the same sentence together. 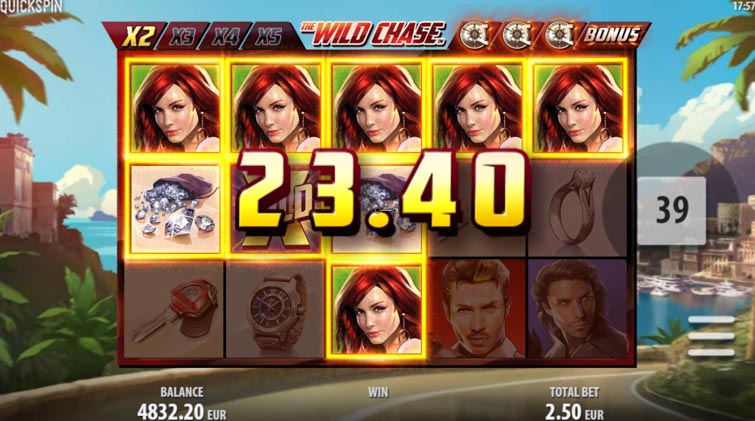 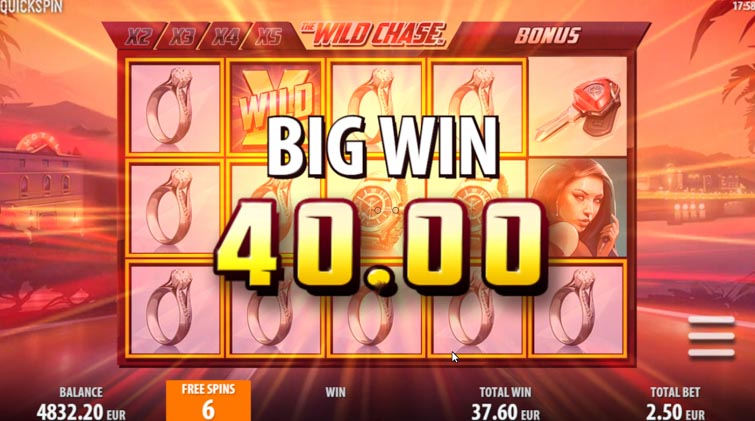 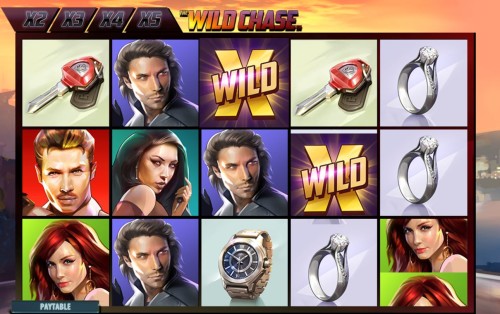 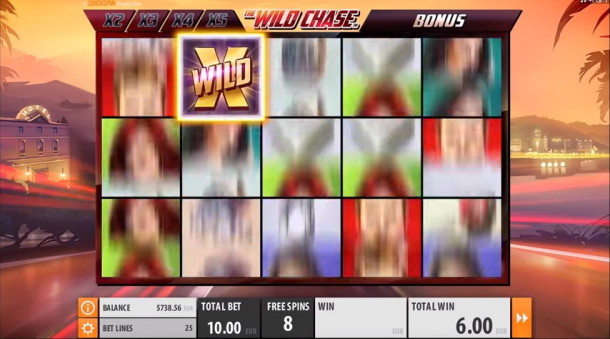 Playing The Wild Chase on Mobile

The Wild Chase, like many slots these days, is designed for both desktop and most mobile devices. Its performance is more or less the same on mobile than on desktop, depending on your internet speed.

The only downside is that it can only be played for real money. Those looking to join a casino and prefer to browse would sorely miss the free play option, which is a shame because that gives Quickspin less advertising opportunity. It also puts the casino at a disadvantage. What a great way to get players to sign up and make their deposits! Ahh, well. It’s safer to assume players would be curious by this review to sign up to a Quickspin-powered casino and play it for themselves.

As we’ve mentioned a few times already, easily the biggest highlight of The Wild Chase is its features. Winning is made fairly achievable through their implementation and mixes up the game so that there is never a dull moment.

There’s a reason why many of the symbols of this game are expensive watches, diamonds and fast cars — they’re all symbols of wealth and wealth is what the player is searching for. Arrange these bonus symbols in the right sequence (3 or more) and you activate the extra spins feature. You don’t even need to get these symbols in one simply — they can show up in a re-spin and it would still be a valid win. 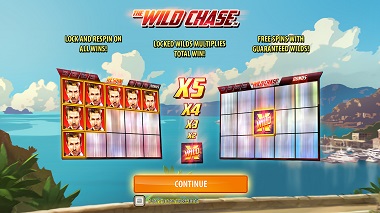 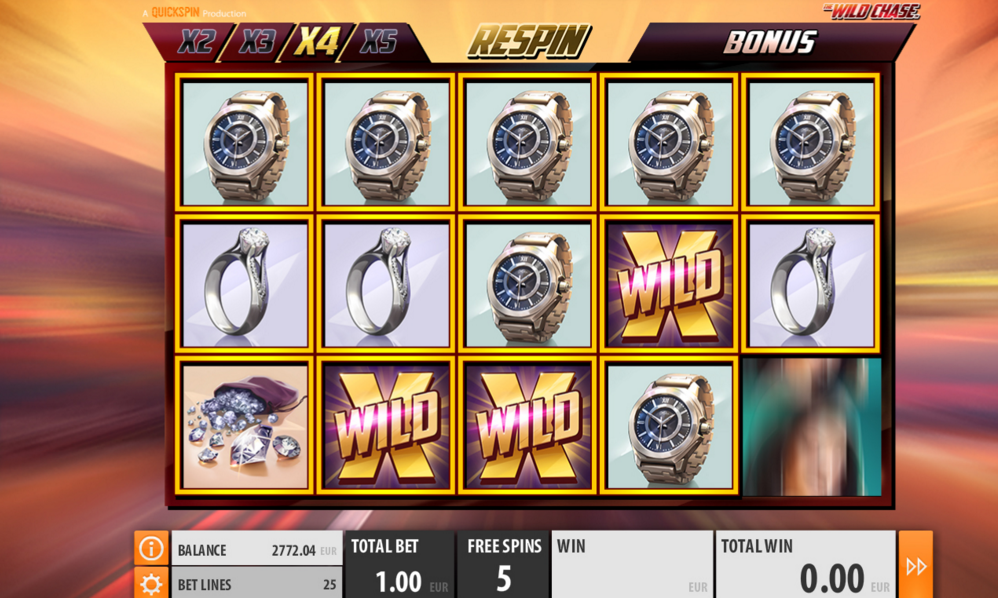 Want to play The Wild Chase?

If you want to play The Wild Chase, then we have a perfect offer for you. Head to Casumo casino and get 200 extra spins to The Wild Chase!

The Wild Chase In terms of online and mobile slot entertainment, it doesn’t get much better than Wild Chase. With all the special features and mobile gameplay, it makes for an exciting and versatile slot which could be a great start for new players. We just think that it would be made better if Quickspin introduce Free Play as part of the package. Not only will it aid players in deciding the join a new mobile casino, it would persuade them to play the game for real once they realise what winnings they could achieve. All in all, we’d definitely recommend you give this one a go. It’s stylish, it’s sleek, and it has a whole repertoire of bonuses that’ll keep you playing for hours if not days. It will certainly appeal even if you’re not into the whole Need For Speed/Fast and Furious aesthetic in media.