We’ve gone on about it many times before, but mobile deposits are often seen as the way forward for mobile gambling. Not only is it incredibly easy and quick to make use of, but it’s also extremely accessible. The very nature of mobile depositing comes from the idea that you only need to send a text to complete a transaction. So, then why isn’t everyone using it? Why hasn’t the industry ditched all the e-wallets and credit/debit card options in favour of Boku or Zimpler?

The answer isn’t as straight-forward as you might believe but we’re certainly intrigued by the idea that not everyone has immediately jumped on this bandwagon. It’s successful, but it hasn’t taken hold of the industry the same way that PayPal has become the near-universal online transaction service. This could just be that it’s still in its baby-stages. Or it could be that simply not enough people want to use it.

It’s hard to get exact statistics on something like this — that takes time, extensive research, and lots and lots of money, so what follows is going to be pure speculation. However, we are going to try and put ourselves in the shoes of the player, the casino and the industry as a whole to ask ourselves if enough people are using mobile deposits, and if not, why not?

Okay, so let’s take on the most obvious perspective: the player’s. Imagine, if you will, that you’re running a bit low on money this month because of a boiler breakdown but you still want to be able to play at a mobile casino.

Aside from the option of simply not gambling, mobile deposits can be a useful tool when you haven’t got much cash to spare. This is especially the case when you’re phone payment scheme works on contract. You can delay paying anything until the end of the month when you receive your next bill.

But then say that you do have money the next month. You get a nice bonus from work and you have a little extra leftover. You want to be able to gamble a bit more than you normally would. Would you still use mobile depositing? The answer is most likely going to be no.

See, despite how convenient it is to hold off any immediate payments and how quickly a mobile deposit operates, many people tend to view it as a last resort. It’s something you turn to when your bank account is a little emptier than usual or when your dog chewed up your credit card. It’s a solution to a temporary problem. In the long-term, you’re more likely to use an e-wallet because it’s more “stable” than mobile deposits.

Not only do you have all your bank card details already stored on PayPal’s servers, but it provides an encrypted network that gives you that extra peace of mind when it comes to security. We’re not saying this perception is correct or valid but it would explain why many players tend not to use mobile deposits a hundred per cent of the time. With all that in mind, what about the casino? Surely, if it’s the way forward, they would push mobile deposits to the forefront and encourage players to use them as much as possible. Well, they do… sometimes. See, because of this generally false perception of mobile deposits being “unsafe” (or less safe than other payment options) it’s likely that they are wary about advertising it too much.

In fact, it would look extremely dodgy if a mobile casino were to shout in your face: “TRY OUT OUR SUPER-SECURE MOBILE DEPOSIT SCHEME!!” on every page of their website. It’s more likely to turn players away than to persuade them to make use of something you suggested.

Players like to have freedom of choice as it gives them a sense of control over their finances. This is especially important in the gambling industry as players may not have access of even be aware of all the ways they can choose to make a deposit. And finally, we come to more nebulous perspective: the industry’s perspective. This is difficult to speculate about since the “industry” is made up of many different organisations, casinos and even players themselves who have different motivations, wants and needs.

Overall, however, if you look at things from a corporate point of view, it makes little business sense investing in something that may not take off. It’s okay every now and then to take risks, of course, but clearly the industry believes mobile deposits are not worth taking a big enough risk to push onto players.

Of course, they can gently nudge and encourage people to try it out but pouring all their money into mobile deposits as the next big thing would be ludicrous. This is especially the case for technology as the industry moves at such a fast pace and tends to be so on-trend that if you don’t keep up you’ll easily get left behind.

This wasn’t the case for VR and we certainly don’t think mobile deposits are a failure or not worth investing in. This is just what we think when it comes to the amount of people making mobile deposits and the reasons why it’s not become the primary payment method yet.

It’s combination of complex industry conditions, player motivation and needs, as well as the risky, unpredictable nature of technological advancement. It’s also down to mobile deposits and their inherent flaws, to an extent. We do hope, on the other hand, it does take off a little more on the future. 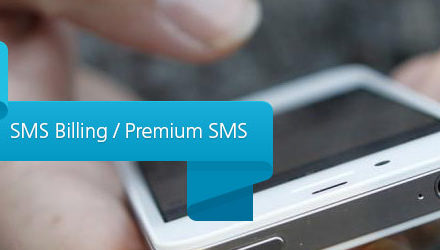 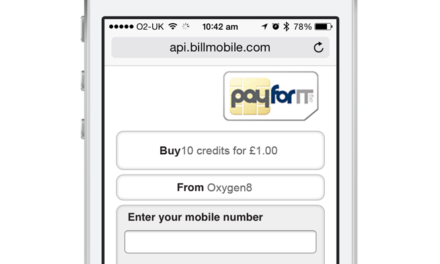 The Ultimate Guide To Using Trustly Banking At Your Mobile Casino