Do you regret that summer has come to an end and are sulking, hidden in a dark corner somewhere? Would a whole bunch of new games make it better? We thought it would, so we’ve compiled a list of the best five games that have already or will be very soon released into the hands of mobile gambling aficionados. You’ll be excited to know that all sorts of software developers have worked hard throughout the summer to roll out the cream of the crop slots come autumn.

From goblins, to pirates, to underwater seascapes – the month of September is going to be a memorable one in terms of mobile games. Here are the top five video slots that have captured our attention. Let’s countdown!

Let’s start off with a slot by Microgaming, Lucky Zodiac is being launched on the 9th of September. Microgaming haven’t tried too hard to create something innovative, as they always take exactly the same game mechanics and just plop in a different theme.

Perhaps that isn’t necessarily bad, as the classic features such as extra spins, multipliers and wilds are still there, but it isn’t an exciting launch. Yet, there is one semi-unique feature that’s in this slot and that’s when the player gets to pick their own zodiac sign before going into a extra spins round. The zodiac sign will then light up in gold and pay out even more throughout the game.

Furthermore, each sign is linked to either air, earth, fire or water, and players who capture five of their own symbols can win a super-special prize, as advertised by Microgaming. Dramatic? Yes. Overly so? Indeed. Nonetheless, if you just adore a 3×5 Asian themed slot and firmly believe in everything that your zodiac sign stands for, then Lucky Zodiac will be just for you.

We promised you underwater seascapes in the intro and you’ve got them with Pacific Paradise by IGT. Starting on the 24th of September, you’ve got a tranquil aquarium of a slot to enjoy. Once again, it doesn’t differ much from the template of other IGT games of varying levels of success, but it’s theme is quite refreshing. Perhaps you’ll be familiar with the Siberian Storm slot – Pacific Paradise works just like that and has got over 720 ways to win that means the slot is quite volatile. This isn’t for the lighthearted, as you could walk away with your wallet much lighter than you stepped into Pacific Paradise with without even realising it and knowing where the cash went in just a dozen spins.

However, those who stick around will be plentifully rewarded, not only through the regular gameplay wins, but also in the features of Dual Symbols and Stacked Wilds. So get your casino accounts ready at Spin Genie, Pocket Fruity and other IGT-friendly casinos to give Pacific Paradise a spin.

In a respectable third place, a slot from a software developer that we aren’t overly familiar with. Playson is a company based in Malta and although they have only acquired a UK licence very recently, they’re wasting no time. Bumper Crop is launching on September 15th, allowing you to channel your inner farmer or perhaps to extend your Farmville skills.

Yet this five reel slot that features full 3D graphics and some excellent sound effects isn’t just your ordinary slot. It’s gamified to offer the maximum entertainment possible, so gamblers grow Wild Trees ever-bigger as they play and get rewarded extra spins for it. Moreover, there are Super Wild Trees and Super Gardner Symbols, where your typical country farmer becomes a superhero, able to vamp up your wins massively.

The Gamble Mode that’s implemented is also quite special, as players can gamble up to five times consecutively after each winning combination. So let’s say you’ve made a fiver, when you are faced with a dilemma – double or nothing? You choose in this unique themed slot coming to us from a developer that we have great expectations for.

Set for release on the 23rd of September, this Caribbean themed slot is

timed perfectly if you ask us. With the weather starting to get quite dreary here, you’ll get plenty of sun, sand, ocean, palm trees and mesmerizing Caribbean music while playing Hook’s Heroes.

The slot has that cartoon’y charm, as the backdrop is designed as if it’s a childrens’ theater production, albeit a dark and slightly creepy one This unique design also distinguishes the slot from many other island themed ones.

There are plenty of features to go around too, including extra spins, feature spins, wild substituting symbols, pirate feature, mermaid feature and a fairy feature too, all bringing you lucrative wins on this high return-to-player slot (97%).

You can expect to find this game at all good NetEnt Casinos, so keep an eye out for Hook’s Heroes hitting the top of new slots lists at Spin Genie and the likes real soon.

whole bunch! That’s because AlchemyBet have really done a stupendous job with this slot, really taking their time to listen to what their players need and want.

The Greedy Goblinz slot was launched just last week, and it’s already made quite a splash at Spin Genie casino, which also ran a special promo to introduce the game. Not only does it feature innovative gameplay by using a 6×6 grid populated by Goblinz instead of the traditional reels, it also has plenty of surprises to keep you guessing.

Goblinz come in different colours and sizes, they eat each other and then pop when they are stuffed to the brim, bringing you massive multipliers and wins. Although there is plenty of belching, farting and slime involved in Greedy Goblinz, it’s kind of cute at the same time, making it a definite winner when it comes to the new games released this September. So don’t wait to check it out at Spin Genie. 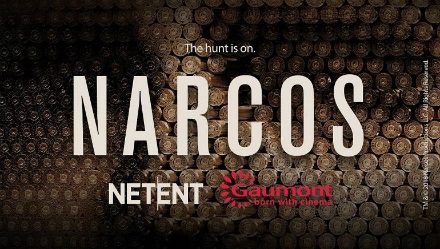