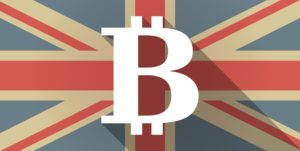 The UK's national gambling authority UKGC (UK Gambling Commission) has announced that the legendary Bitcoin currency will now become a legitimate form of payment for UK-based mobile casinos. This exciting development is one step forward in the so-called “Bitcoin revolution” among Brits who are keen to see the digital currency become a regulated form of payment — not just in mobile gambling but with other online purchases as well.

Despite Bitcoin being used throughout the world as a legitimate form of currency, the UK is one of the countries where the government doesn't officially recognise it. The non-regulation of Bitcoin, however, is a common phenomenon among many state governments across the globe. Many “private individuals” trade in Bitcoin despite their local authority failing to recognise it. In other words — playing with Bitcoin at mobile and online casinos is not always legal.

In countries like Japan, however, Bitcoin is a fully recognised and often used form of currency in the digital market, approved by the Japanese government and has been met with quite enormous success. Many online players want this to become a reality in the UK too. And with this new development, we may be one step closer to that dream.

So, with the ability to make Bitcoin a form of payment, how will this impact the iGambling industry? We can only guess that it will be the next big thing, if given enough room to grow. It makes online exchanges easier than ever before and gives the worldwide community a universal currency.

All jurisdictions will be able to purchase the license to use Bitcoin and all the casinos under those jurisdictions will be able to offer it to players. This doesn't mean that all other payments will become obsolete — far from it! Bitcoin will merely sit comfortably among other payment methods such as PayPal and Neteller, becoming just as commonplace.

This new regulation will come into practice on Halloween this year, so players will not have long to wait for Bitcoin to become more mainstream in the UK. Great news all around!

Leo Vegas To Offer A Sportsbook Provided by Kambi