It seems that the UKGC's interest in 888 Holdings and their social responsibility wasn't ill-placed. The UK Gambling Commission have just published the findings of their investigation into the company's history of dealing with vulnerable players and based on it, 888 UK Limited has breached multiple rules regarding social responsibility and problem gambling prevention.

The Commission noticed that the company failed to prevent problem gamblers from playing at their casinos. Not only that, they failed to notice one especially active customer, who played at their casino using stolen money. As a result, 888 will have to pay almost £8m as a fine and to cover all of the expenses caused by their inaction. Over numerous gambling sites owned by 888 UK Limited, multiple issues were discovered. First of all, the company failed to take action to prevent self-excluded players from gambling at their sites. More than 7,000 players who chose to self-exclude from 888 casinos were still able to play from October 2015 to September 2016. Throughout this period, more than £3.5 million was deposited by these players suffering from gambling problems.

Considering how long the problem persisted, it is highly likely that the company’s failure to uphold the self-exclusion option caused significant harm to the players. Using these deposits and winnings made from them, players gambled and lost over £50 million. The numbers speak for themselves and UKGC considered this to be a severe transgression. But that’s not all.

888 has also failed to identify a gambling problem in one of their individual players, which was too severe and obvious to ignore. Between September 2014 and October 2015, the gambler deposited over £1.3m. What’s more, this customer had stolen £55,000 from his employer to fund their gambling. During the 13 months, the problem gambler had, on average, spent more than three hours a day gambling and placed over 850,000 bets.

It seems that throughout the period, 888 made no attempt to contact this player. However, information on the gambling activity of this individual must have been accessible and known to the gambling company. Obviously, 888 has breached the codes which state that the operator has to take action against problem gambling. Whether 888 failed to identify the problems or ignored them on purpose to profit from problem gambling is unclear. However, the company admits to having breached the rules. They will have to update their priorities and put extra effort into controlling irresponsible gambling. The fine of over £7.8m is proportionate to the company’s faults according to the Gambling Commission.

Approximately half of this sum will repay the deposits made by the self-excluded players. Then, £62,023 will be returned to the employer who had their money stolen. The remaining £4.25m will be invested to further prevent and tackle the harm caused by problem gambling. As for the future, UKGC has ordered an independent audit to monitor 888 UK Limited’s actions regarding player protection.

UKGC: There’s A Lesson To Learn

As the main regulatory body of gambling in the UK, the Commission reminds all the casino operators to uphold their licenses and protect vulnerable players. It’s not enough to offer the customers an option to self-exclude from a casino. Self-exclusion also has to be effective and help problem gamblers to deal with their issues.

Making a profit from the players, who can’t control their gambling habits is unacceptable. So is ignoring suspicious information about a customer, such as time spent gambling and the gambling frequency, bet sizes and so on. That’s why we, as casino players ourselves, can only be grateful to the Gambling Commission for doing their job and making the gambling industry more trustworthy and transparent place. 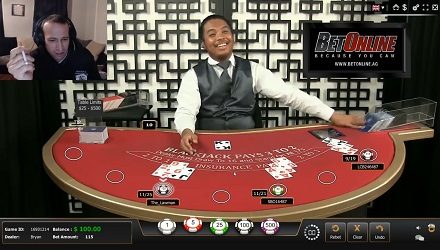 PocketFruity: An Overview of Bonuses and Promotions