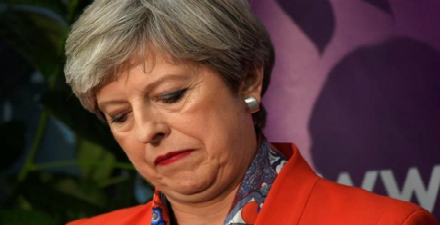 Last Thursday told us it was to never trust the polls. As PM Theresa May found out, putting too much faith in your poll ratings does not mean you should call a snap general election and expect to gain a hundred more seats. British politics was thrown into turmoil last week after the result of this election and not only did it leave her with a red face over losing 13 seats, but her party had failed to win the support of the public with many former Conservative safe seats now turning to Labour.

Because the tabloids have now turned on May, it appears that her days as a PM are numbered, despite her insisting that she has no intention of resigning. There are so many variables in place, however, that this could change at any time. In fact, many things could happen between now and next year that it’s hard to predict just what is going to happen. But the biggest money is on a second snap general election before 2019. It’s no secret that politics have been in a state of turmoil recently. With the result of Brexit and Theresa May succeeding David Cameron as PM, nobody thought anything more unpredictable could happen until the next general election in 2020. That is until, eight weeks ago, May called a snap general election which had everyone on edge. As Brenda from Bristol put it: “Oh, not again!”

Whether the move was strategic (this seems most likely the case) or whether May actually believed Britain deserved to choose a better leader, it’s now beyond a shadow of a doubt that it was an incredible mistake. Losing thirteen seats and your overall majority based tenuous poll ratings is not a strong enough platform to throw a snap general election, it would seem.

Now, the Tories and May are paying for it big time with the possibility of them having to rule under a minority government or go into coalition with the extremely problematic Northern Irish party, the DUP. Talks suggest that they are going to do the latter, but many have protested against this, even those within May’s own government. Many have asked her to resign yet she refuses to, even though she has lost everything. All of this despite the fact that online betting shops predicted that the Tories will win majority. A hung parliament is never ideal at the best of times. Now, many have lost their money thanks to a PM who was too comfortable in her seat of power.

So now the general election has come and gone, what happens next? Well, there are several possible outcomes. The first is the fact that there will be another snap general election within the coming year. Jeremy Corbyn is pretty confident that it will happen if the Conservatives vote to get rid of May this summer. Whoever her successor might be, they will have to adhere to public opinion. If it does not happen this year, then it is most likely to happen before 2019 or 2020.

The odds of it happening, according to sites like BetFair, are 2.94. On the flip side of that, Corbyn also claims that he could still be PM. This is not as unlikely as you might think. The odds of a Conservative minority  is 1.16, once Theresa May finishes her negotiations of “supply and confidence” with the DUP. But given that minority governments have the reputation of never lasting very long, this could be what leads to the next general election and, if the Young Vote continues to rise, this could lead to having Labour form a government under Jeremy Corbyn.

Whether this will result in Labour simply gaining more seats or actually gaining majority, it’s hard to say. But given the population’s now shaken confidence in a Tory-led parliament, it’s looking more and more likely by the day. Of course, if negotiations with the DUP fall through, then Labour will have to answer the call and lead the government anyway. However, they got a hundred short of majority, so they would have to work hard to form a coalition with SNP and the Lib Dems, both of whom have publicly said they do not want to go into coalition.

All of that’s not to mention that the scorn May has got from members of her own party has made the prospects of a second general election much more likely. George Osborne himself even said she’s a “dead woman walking” and many who have lost their seats are angry at her for it too. A YouGov poll even had 48% of people saying she should leave. The question is not “if” but “when” and punters are have odds of 1.21 on that. This is why another snap general election seems a likely outcome at the moment.

What The Future Holds Could Boris Johnson be the next PM? The man himself has dismissed such notions as “tripe,” but then again, Theresa May said there won’t be another general election until 2020. Right now their priority is to cling onto the little power they have by seeking it through a coalition deal with the DUP. However, given that even Tory members are wary of the DUP’s anti-LGTBQ+ and women’s rights sentiments, they are against forming a deal with the Unionists even under the flimsy arrangement of “supply and confidence”.

But what about Brexit? Word has it that all Brexit negotiations have been put on hold for the time being, the latest of which says that the Tories can say goodbye to a Hard Brexit as nobody in Brussels takes them seriously anymore. Not that many of us want the “Hard Brexit” option anyway.

The government has now got to rethink its strategy on this front and this could mean a second Brexit referendum before 2019, the odds of which are 2.14. As if the prospect of another general election so soon weren’t bad enough. Brenda from Bristol will certainly have a lot more to complain about in the near future, at any rate.