The online software development giant NetEnt has shattered all sorts of records when they announced tremendous revenue growth. Both the fourth quarter of the year growth and the growth for the entire year of 2015 are jaw-dropping. Rising numbers of mobile gamblers, the increasingly larger pool of online casinos and the popularity of NetEnt products are said to have all lead to the revenue growth.

If you've been around mobile slots for a while, you will most certainly have uncovered which games you love to play and the chance is very high that at least one or a few of them are developed by NetEnt. The Swedish software development giant with licences in multiple countries pumps out mobile slots like no other developer – innovative games, unique features and fair payout percentages all make NetEnt games some of the best around.

So, there is little wonder that they're doing so well financially and it's great news for them and players alike. Not only does this mean that they will continue to invest into the best gaming experience in terms of visuals, graphics and sounds, but they can also invent new and exciting mobile slot features. We can't wait to see what NetEnt has got in store for the rest of the year and are anxiously awaiting releases such as the Jimi Hendrix slot and the Motörhead slot.

Last year will certainly go down in history and that's not even because of the recent launch of the highly coveted Guns N Roses mobile slot, as NetEnt's fiscal year ended on the 31st of December, 2015. Namely, the operating profict of 2015 rose by 54% to £33.2 million, which was mostly thanks to a stellar performance in Q4. During the last quarter of the year, the revenue rose by 34% and the operating margin jumped to 37.7% – best numbers since 2010.

Last year's growth can be attributed to many things. First and foremost, NetEnt signed 14 new licence agreements and 16 new casinos carrying their products launched in 2015. Second, the growth was thanks to the excellent games that were released, of course. If they weren't received as well as they were, we doubt the revenue growth would have been so large.

Namely, some of the most notable releases of last year were games like the elctrifying Sparks, the feature packed Koi Princess and even the Mr Green Exclusive Moonlight slot. Of course, the market for mobile gaming itself grew tremendously in the UK and is expected to grow even further this year, so NetEnt needn't worry about replicating last year's stellar results.

This year should also mark the date when NetEnt really start expansion and growth in North America, opening up one more lucrative market. Plus, their excellent titles that were released in the recent past are quite a strong foundation for sustained popularity: games like Starburst, Gonzo's Quest, Jack and the Beanstalk and many others too continue to be casino and player all-time faves. 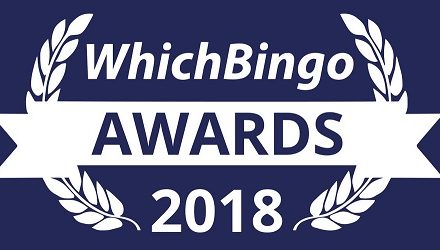 Vote For These Amazing Bingo Brands In The 2018 WhichBingo Awards