I’ve little doubt that, as a serious mobile casino player, you’ve definitely heard (or at least read) the name “LeoVegas”, but up until now you won’t have heard or seen it through your television. That all changes this week, though, as LeoVegas launches its very first UK facing televisual marketing campaign. Does the new ad do it’s job? Will we all be clamouring to play at LeoVegas? I took it upon myself to find out for you. I’ve watched the new advert, and as always I have a lot to say about it, so strap in, watch the advert, and then dig in to my critique of LeoVegas’s latest marketing efforts.

The new, 30 second advert for LeoVegas is entitled “King of Mobile”, and has been made in collaboration with UK-based media agency Now. It is the first TV ad of its kind for LeoVegas, and will find its way to both satellite and terrestrial channels all over the country.

In short, we a point of view shot from the perspective of a bloke in a suit, walking down the street and into a barber; all the while, everyone he’s passing along the way gives him looks of wonder and amazement. In the barber we see him from the shoulders down, sat in a chair getting his hair cut, surrounded by long golden/orange hair. As the chair spins round, the camera tracks back to reveal the hero of the piece to be an anthropomorphised lion (get it? LeoVegas, yeah? Like a Lion…).

We’re then told that LeoVegas is great, get a shot of the lion-man playing Starburst on his mobile, and get promised 20 extra spins if we sign up today. Pretty standard fare.

Despite being shown a 1.5 second clip of the lion playing Starburst on his mobile and being told that if we sign up to LeoVegas today we’ll receive 20 extra spins, there’s really nothing that tells us what to expect from the casino. Where does it talk about its suite of Bally Slots, or its recently added Tornado: Farm Escape?

LeoVegas seems to have fully sold out to style over substance, but that isn’t even a trade-off that needs to be made if you simply take one look at the new advert Spin Genie put out last week, you’ll see that although it employs creative animation and dazzling graphics, it still manages to tie the entire thing conceptually into the brand. Why couldn’t LeoVegas do the same? Why did it simply rely on a weak pun on its name? I honestly don’t get it. Two words: Foxy Bingo. The suit is the same cut; the signet ring is on the same finger; the animal head mask looks like it was made by the very same costume department. Short of a catchy dance routine to an electro-swing remix, the entire thing is pretty much a frame for frame remake of a Foxy Bingo advert. This might not seem like such a bad thing when you consider the success of Foxy Bingo’s marketing campaigns, but no one likes a copycat (or copylion as the case may be).

Don’t get me wrong, this is a slick piece of production – it looks great, it sounds great, and if it had a little more content it might do the job – but the fact is I’m left a little cold by it.

This is the company that worked so hard to ensure that its representatives were the first to purchase an iPhone 6. The same marketing team which came up with that golden idea (which ensured that LeoVegas’s name was on every news outlet across the company) are now responsible for one of the least persuasive TV adverts I’ve seen in a long time.

It’s a real shame, because LeoVegas really is a solid brand, but if you don’t bother demonstrating that to people in your 30 second advert, then what’s the point? 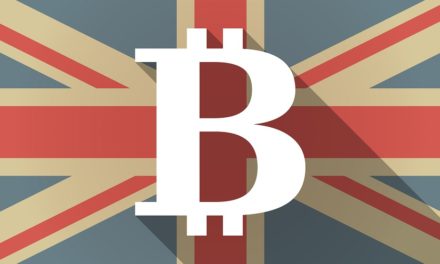