A few weeks ago I wrote a post which aimed to explain and simplify all the talk of takeovers and mergers which had been taking place in the gaming industry over the prior weeks. While a load of those talks were about companies being bought out, I personally much prefer it when these things take place on a level playing field. That’s why this week has been so interesting, as a number of operators and developers have teamed up in friendly, equal and companionable partnerships.

Nektan Gaming has gone from strength to strength over the last couple of months. Not only has the up-and-coming developer managed to secure agreements with a number of casinos to supply games for existing platforms, it has also launched two new casino products in the form of City A.M. Casino and Sun Play – apparently creating itself a niche as the go-to developer for daily newspapers.

Well, in its apparently tireless effort to be literally everywhere by the end of 2015, this week Nektan has announced that it has yet another casino partner in the form of Kerching Casino.

This isn’t just a case of Nektan supplying Kerching with a few games, however, as the casino intends to fully revolutionise itself, and migrate fully onto Nektan’s multi-channel gaming platform.

This means that players will not only be able to enjoy all of Nektan’s fantastic real money games at Kerching, but also it’s incredibly reliable platform and services to boot. It’s expected that desktop customers will be playing on the Nektan platform by the end of April and mobile customers will be migrated shortly thereafter.

Possibly more exciting than the Nektan/Kerching news is the new partnership being forged between the online and mobile casino group iGame (the company behind gaming sites like 24hCasino and Hertat Casino) and next generation games developer NYX Gaming Group (the company behind games such as Foxin Wins and Merlin’s Millions).

While the Nektan and Kerching arrangement will see one casino benefitting from the games of one developer, the deal being struck between NYX and iGame has a much broader scope. Not only will many of iGame’s casinos and gaming outlets migrate to NYX’s famous NYX OGS distribution platform, but that platform will provide those casinos with games from NYX and a huge selection of other developers as well.

That means that iGame players will shortly have access to titles from names such as Nextgen Gaming (NYX’s sister company), ELK studios, Amaya, iGaming2go and Thunderkick. Anyone who knows anything about mobile gaming will know that those developers are pretty major players and the inclusion of their games into the iGame's roster can only be good news for players.

It’s been a long road for these two companies to walk down. It was way back in the middle of last year (July in fact) that GTECH first went public with its intention to merge with IGT and an announcement that a deal had been struck came shortly afterwards. One of the main reasons we’ve waited so long to see any movement on the deal is that the two companies are gambling goliaths, meaning that the deal would be one of the largest in gaming history – requiring a lot of legal ironing out.

This week’s approval by the UK High Court for the merger to go ahead is the final piece in the puzzle for both companies. It is quite unclear yet exactly how the merger will affect players, but it’ll be nice to see the two entities refix their attention on creating great games again after the whole merger business is over and done with. 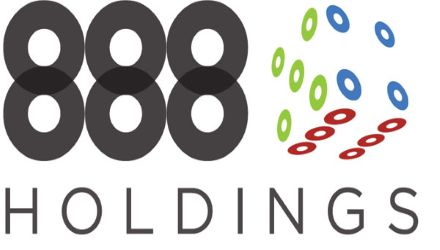