The UK Gambling Commission (UKGC) is formally reviewing 888 Casino's UK gambling licence. No specific event has been given for the purpose of the review, but 888 Casino have released a statement detailing that the review related to the “manner in which a subsidiary of the company has carried out its licences activities.”

The unnamed subsidiary has reportedly been involved in activities which have been accused of failing to comply with UKGC licencing regulations. 888 Casino states that the UKGC were taking particular interest in the way 888 handled its social responsibility to its customers, with the review examining how effectively 888 Casino handles customers who wish to exclude themselves from the service.

Last year, the UKGC made it a requirement for every casino to include self-exclusion tools and consistent reminders to gamblers during the entirety of their online play. 888 Casino have claimed that the review is taking particular interest in how 888 have provided “effective self-exclusion tools across different operating platforms.”

888 Casino offers a wide spread of platforms and services, including: poker, bingo, casino and sports betting. The operator's UK business currently accounts for 45% of their revenue, so any loss of a UK licence would be a devastating blow.

Even after the announcement of the review, 888 Holding's shares went down by 5.45%, losing value by 16.25p. In previous instances of licencing breaches, the UKGC have usually gone for large fines over revoking licences. After a similar licence review in June 2016, the UKGC fined BetFred £800,000 for failing to uphold their social responsibility and anti money laundering practices.

Analyst Simon Davies of Canaccord Genuity said that 888 are in little danger even if a large fine is issued, describing the holding company as: “highly profitable, and has a strong balance sheet.” Analysts at Peel Hunt, the Stockbroker and advisory house, have backed up this claim, stating that any fines were likely to be: “tolerable, based on past experience“.

A Safe, If Uncertain Future For 888 Holdings 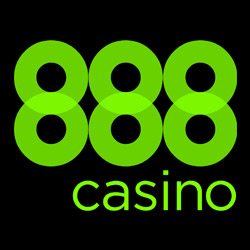 Even though 888 Holding is in a relatively safe position due to its high revenue and large UK market share, there is still no certainty when it comes to how the UKGC punish any infraction that they might find. Previous examples seem to indicate that a fine will be issued if 888 have broken any terms in their licencing agreement, but the UKGC have the right to take further action if they deem it necessary.

For now 888 Holdings have stated that they are helping the UKGC with the investigation all the way and that: “The company is dedicated to providing players with a responsible as well as enjoyable gaming experience and the licensee will be proactively engaged in a cooperative and collaborative manner with the UKGC throughout this review.”

888 Casino have promised to release a further statement when any further action takes place. It is only then that we will find out if 888 has suffered any kind of punishment from the UKGC and if so, which subsidiary of 888 Casino was responsible for inciting the review in the first place.