Which Casinos Rocked And Which Flopped In 2016?

Now that 2016 is a fading memory, those of us in the mobile casino industry have the time to look back and consider the ups and downs of the year – or in our terms, the new casinos which did well, and the others that flopped. In this post we’re going to look at those new casinos which exploded onto the scene and caused a stir, and where you can still enjoy great games and fabulous bonuses. We’ll also take a look at those which under-performed, and while we won’t go as far to relay to you the casinos which closed (because you might want to try and turn their fortunes around), these are the sites that really came out of the year on a low.

Pots of Luck Casino has enjoyed lots of luck through the last year. The new site launched about halfway through the year, but initially received sub-standard reviews, thanks to its less than fresh branding, and weird navigation. It earned its place at the top of this list thanks to the comeback it enjoyed through the latter half of the year, where a whole redesign transformed the fortunes of this little casino, and put it on the path to success.

If you head over to Pots of Luck now, you’ll discover over 125 slots and casino games from developers like Nektan, NetEnt, NextGen and even LightningBox Games. If you’re not already a member, you’ll be rewarded with a 100% welcome bonus worth up to £100, as well as 100 extra spins on the fantastic Starburst If you’re a fan of Irish themed casinos (or any casino for that matter), you’re guaranteed to fall in love with Pots of Luck Casino.

One of the earliest new casinos to arrive in 2016 came with a name the synonymised everything that people love about gambling; Fruity Vegas Casino. When it arrived on the scene it delivered exactly what was wanted by players at the time; accessible gaming with a focus on slots and mobile optimisation. The site’s commitment to mobile has been demonstrated again and again in its functioning perfectly on smartphones and tablets, as well as its inclusion of Boku as a main deposit option.

Its success comes in no small part to its excellent selection of Nektan games, attractive branding, and peerless service. If you head to Fruity Vegas as a new player today, you’ll find all sorts of treats waiting for you, not least the welcome bonus which includes a £5 deposit free bonus, as well as up to £500 in bonuses over your first three deposits.

Now, we might be cheating a little with this casino, seeing as it didn’t strictly speaking launch in 2016, but I think you’ll forgive me, seeing as it came under totally new ownership and got a whole new lease on life in the early part of the year. The new owners moved GoWin Casino onto Nektan’s platform and gave the entire site a facelift. The changes included the introduction of dozens of games – both before the relaunch and every month since – as well as the diversification of the bonus offering.

You can now enjoy slots and casino games from over 10 developers, including big names like Microgaming and NetEnt, as well as less well known studios like Blueprint Gaming and Aristocrat. The best thing of all is that new players can now claim up to a whopping £850 as part of their welcome bonus, on top of 50 extra spins. GoWin isn’t going anywhere in 2017, so why not make it your first gambling destination of the year?

Mobile Billing Is Just One Of The Pros At GoWin!

I’d argue that Dunder Casino’s problems all started with the name. Let’s do a quick comparison: you want to play at a new casino, and have the choice between ‘Fruity Vegas’ – which pretty much explains what it does in two words – or ‘Dunder Casino’. What, could someone please tell me, does ‘Dunder’?!

It’s funny really, because the team behind Dunder are the same people who brought us sites like Casumo and Guts, which is an amazing pedigree, and really suggests it should be a little more high profile, but Dunder has failed to gain the same traction in the industry as its stablemates. It’s not totally off the map yet, and could still turn things around in 2017, but if it continues on the same path, it doesn’t have a whole lot of luck.

Decide For Yourself At Dunder Mobile Casino!

In the legend of Icarus, the titular character falls to his doom after he flies too close to the sun and melts the wax holding together his wings. The moral is, as some read it, that you should know your limits and never reach to high, which is a memo that The Grand Ivy casino really could have done with receiving earlier last year. It seems the same that was true in Icarus’ time is still pertinent today.

Despite there being nothing fundamentally wrong with the casino – it has a good collection of games and attractive bonuses – it marketed itself to what are known as ‘high value players’, or high rollers to you and me. To really attract the big fish you have to have something really special, and unfortunately for The Grand Ivy, it seems that those big fish just didn’t think it has what they want. Perhaps if it had aimed itself more at the average player, it would have gained a higher profile, but as it is, it languishes in a state of unpopularity.

Grand Ivy Is Billed As A Casino Of High Rollers!

Now, it’s difficult to be too hard on Ikibu Casino, seeing as the site hasn’t actually done all that badly. Players have slowly, but surely started taking notice of the site which launched in the latter half of 2016, and it’s gaining quite a following. Why then have I included it on this list of casinos which have flopped in 2016? Well, quite simply, despite performing OK, I still don’t believe that Ikibu has fully lived up to the potential it had when it launched.

The thing is, Ikibu is a gamified casino which works along similar principals as sites like Spin Genie or Casumo, where the players earn points as they play which translates into them being able to level up, unlock content, and claim new bonuses. I was really excited when it launched, because I thought we were going to see another star on the rise, but sadly, it seems that it just never lived up to the hype and never draw the same crowds as similar casinos – better luck this year. 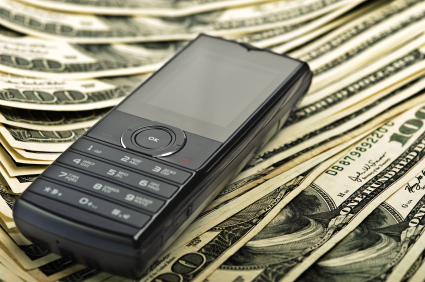 What To Do If You Lose Your Phone