Going Back to the Old School… 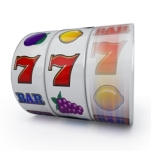 If mobile slots are the new kids on the block, then the grandparents of the industry are without doubt the machines that used to be found in every pub, club and snooker hall around the country. Often placed in smoky corners of the room, they were the preserve of those looking to make a few extra cheeky pounds to spend on their night out, all while trying not to let their wives into the fact that they were spending some of the rent money on this activity…

While the majority of people have embraced the world of mobile slots games, along with all of the fantastic new and exciting features that they offer, there are some who are wary, simply because they think that many of the tried and tested features of the slot machine have been lost in this transition. This is certainly not the case. This article aims to dispel this rumour once and for all, and to highlight some of the “old school” slot machine features that can still be found today. We’ll even prove that they are still around by telling you about a couple of mobile slots that very much conform with the old ways of doing things, right at the end of this article…

Nothing denotes a slot machine better than the traditional symbols that spin freely on the reels — the cherries, sevens and BARs that pay out whenever they line up together. While it is the case that a number of machines have done away with these, there are a number that still use them, mindful of the fact that people are drawn towards these familiar symbols of winning. The fact is though that even if you are using a mobile slot that has new types of symbols, they can roughly tally up to the old symbols. For example, the jackpot symbol might be something like the logo of the machine on newer games, but it will serve exactly the same function as the red sevens on a standard machine. This means that after a few spins, you should easily begin to start recognizing the symbols and their different meanings. If you are still adamant that you want to play only with the original symbols though, head to the bottom of the page to find the perfect machines for you!

It would be impossible to get rid of this feature from any slot machine, regardless of whether it is in a pub, online or on a mobile device. This feature plays such an integral part in the game that to lose it would make the slot machine feel like it was missing the vital piece of the puzzle. This is why all of the mobile slots still retain the hold feature, and also why they will continue to do so well into the future!

The hold feature can be used in exactly the same way that it is used on regular slot machines; that is to say, there are two main functions for it. You can either hit hold on certain symbols in the hope that the matching ones spin in on other reels, or you can hold those precious bonus symbols and see if you complete the set and get a bonus that could win you huge amounts of money. Whatever option you choose, using them is exactly the same as it has always been!

Give ‘Em a Nudge

Nudges are nearly as intrinsically linked to the slot machine as the aforementioned hold button, and for this reason most of the mobile slots still employ them in some capacity, even if they aren’t as prevalent in a game as they used to be. They can bring in that all important win line if used properly, or nudge down the vital scatter or bonus symbol to give a boost to your funds. The only thing that you can’t do is try to look up the reels, to see which symbols are about to come into view!

What Machines Are There For Lovers of the Old School? There are a couple of machines that instantly spring to mind when trying to find ones that will appeal to those with a taste for the older style slot machines. These are:

Read more in our Magazine? 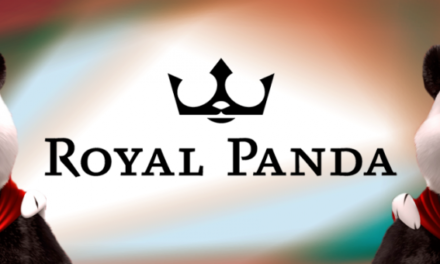 What We Can Learn About Loyalty Programs From Woman’s £64,000 Win

Playing for real money on WildJack