Tips From The Experts: What You Should Know About Mobile Gambling

If you’re new to mobile gambling or have never dabbled in it before, you might be daunted by the whole concept. It’s a huge industry with many mobile casinos presenting their own unique promotion schemes and games from many different software developers. Some may feel bombarded by all that’s out there. You probably found this page among a myriad of other links leading to lucrative bonus schemes from various online betting operators. We’re here today to clear the air, giving your eight things that you should know about mobile gambling before you get started.

In practice, online gambling is exactly the same as gambling in a real-life casino. Once you strip away all the technology and promotion schemes, it’s actually hard to tell the difference. You can gamble at roulette tables just like in a real casino and you can play a slot machine just like a real casino.

Many people may be put off by mobile gambling purely because of the fact that they think it’s too different and they need to wrap their head around it. While we agree that there are some things you need to get to grips with (such as mobile depositing, knowing which casinos do what) this can all be picked up easily. So, if you’re familiar with real-life gambling and want to transition to mobile then you’re already mostly there.

2. It’s Been Around Longer Than You Think While mobile gambling in the past was nowhere near as sophisticated as it is now, it has been present for many years and has been getting more and more popular. It’s not just something that popped up out of nowhere in 2014.

3. You Can Gamble Literally Anywhere

Apart from the invention of gambling itself, some may say mobile gambling is the best thing to have ever been invented. With smart tablet and mobile phone devices, you can literally gamble anywhere you want – in the comfort of your own home or at the bus stop on your way to work!

This is, of course, if you have a strong 4G or Wi-Fi connection. But since most devices these days are equipped with these, it’s difficult to argue against the fact that you can gamble almost anywhere.

4. There Is Great Customer Support While customer care has always been top priority in the gambling industry (you are taking the player’s money after all) the customer support on the majority of casino websites has been spectacular thus far with quick response times and endless FAQ lists that would answer any new customer’s enquiries.

There have been incidents of bad customer service, however they are extremely rare and quickly dealt with. VIP schemes tend to have elevated customer support, too, so if you’re invited into one we strongly recommend joining as they also have a few exclusive bonuses dedicated to the player.

A big concern for many novices in mobile gambling is money – specifically how it’s transferred to the casino. There are several ways it can be done: either through pay-by-phone billing, e-wallets or credit/debit card transactions. All of these methods are 100% safe and have been checked by dozens of financial authorities to makes sure players are not being conned.

There are myths surrounding pay-by-phone billing in particular, because when you look at it in detail it sounds far less secure than other, traditional methods of making deposits. However, many of these myths are unfounded and pay-by-phone billing is perhaps the safest option as well as the most accessible.

It should come as no surprise that the technology used to support mobile gambling is terribly sophisticated. Never mind the mobile devices used to access it or the complex algorithms implemented to make the games, the fact that the industry inspires technological advancements is the thing worth celebrating here.

Companies are always trying to outdo each other by coming out with more and more complex ways of gambling. The most recent innovation of virtual reality is being implemented by top developer Microgaming to make a brand new roulette game, taking mobile gambling to a whole other level.

7. The Industry Is Growing

It is a proven fact that the mobile gambling industry has been growing at a phenomenal rate in the past few years. This is why many people believe it to just be a fad. Because of the leaps we’ve made with mobile technology and because players have more access to the internet then they ever have, mobile gambling has risen with the tide and has gone from strength to strength.

In particular, the online gambling industry is strongest in Europe and especially in the UK where the majority of players also play online. Whether it’s because we love to gamble or whether it’s because we like to play indoors due to our awful weather, it’s undeniable that if a mobile operator gained a license to trade in the UK they’ll get a truck-load of money.

Like we’ve mentioned, because of the growth of the industry in recent years, many people seem to think mobile gambling isn’t worth their time as it’s only a fad that will fall out of fashion by next year. While we agree that many internet fads come and go, mobile gambling is most definitely not one of them. All the other points should demonstrate this, but its widespread use and convenience can only mean that it’s the way of the future.

While we’re not saying that it’ll shut down real life casinos and bookkeepers, more and more players are turning to mobile gambling because they recognise the benefits. Many betting operators realise this, too, which is why you’ll see high street betting shops like Betfred, Paddy Power and William Hill also having a strong online presence. It’s a lucrative market and they would be fools to ignore its existence. 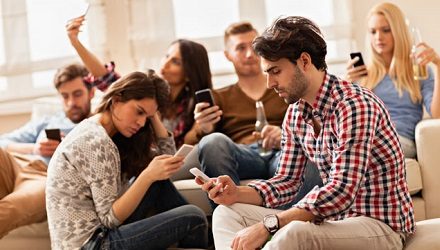 How To Use Paysafecard: Offline, Online and App 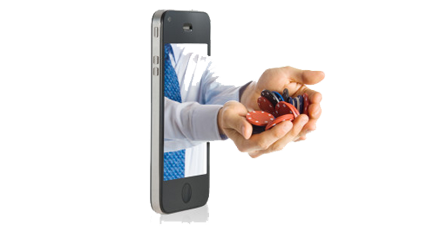 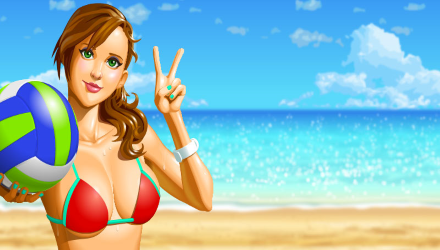