Video: The 5 Most Popular Online Slots To Play

It’s completely unpredictable which slots will grab the casino public’s attention. Sometimes all it takes is a slight tweak to the formula, or something as small as a charismatic mascot to bring the crowds back to play time and time again. In our latest top five, we’ll look at a rundown of the 5 most popular slots that everyone’s playing at the casinos right now.

You can find links below to any reviews we have of the slots mentioned, as well as links to take you straight to the casinos where you can play them. If you liked this video and want more from MS4U, then subscribe to our Youtube channel for more lists and guides from us, with a new release every fortnight.

The 5 Most Popular Mobile Slot Games To Play Right Now
Below are links and reviews, where available, for our favourite mobile slot games.

Starburst has only been around a few years, but already it’s become a pillar of the culture at the casinos. There’s very few casinos you can visit which don’t have a Starburst related reward hidden somewhere in their welcome package or another of their promotions.

The sheer spread of casinos that give you additional spins on the slot is good enough reason to try it out anyway, but Starburst is also a brilliant looking slot, brought to us by the talented folk at NetEnt. Starburst is colourful, sounds great and can string together combos of wins that are out of this world. You can head over to Reel Island and get 25 bonus spins on the Starburst slot with your first deposit.

Get 25 Bonus Spins On Starburst At Reel Island!

Progressive jackpot slots are popular for a reason. The 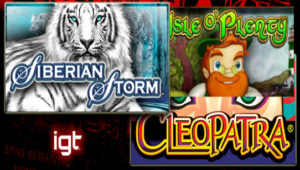 Players can play on either Isle O’Plenty, Siberian Storm or Cleopatra to win the mega progressive jackpot, which frequently reaches into the millions. Because of its popularity and the number of ways to play, IGT’s mega jackpot range has one of the highest and most frequently topped up progressive jackpots around. If you want to give it a go, you can find the entire library of games over at LadyLucks.

Players have been winning big on Golden Goddess for a while now and those standout event wins have been enough to keep it in the charts for all this time. You can sign up with Mr Green today and start playing it right now at one of the biggest online casinos around.

Get Big Stacked Wins With Golden Goddess At Mr Green! 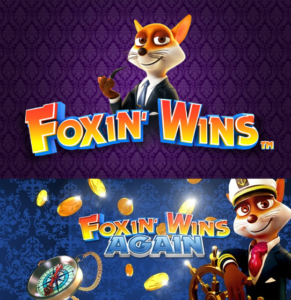 asics game, which delivers more on charm than it does with its bonus features. The Foxin’ Wins series has been going for a few years and yet players keep returning to it time and time again. Its blend of great sound effects, constant rewards and a brilliantly animated mascot make Foxin’ Wins and its sequel Foxin’ Wins Again, some of the most popular slots you’ll ever play at an online casino.

You can find the entire Foxin’ Wins series, as well as a generous welcome bonus of extra spins to play it with, over at Leo Vegas.

Play Both The Foxin’ Wins Games At Leo Vegas! 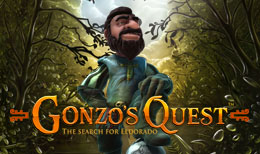 Gonzo’s Quest is an avalanche slot where you can feel the weight of every block breaking. The production values bring an incredible feel to the slot that make it exceptionally satisfying to play, both in terms of visuals and its gameplay. Even without any bonus rounds, Gonzo’s Quest’s ability to rack up huge block combos, combined with the charm of its chirpy mascot, make it one of the best online slots ever made. You can head over to Spin Genie to claim your 100 extra spins and start playing Gonzo’s Quest right away. 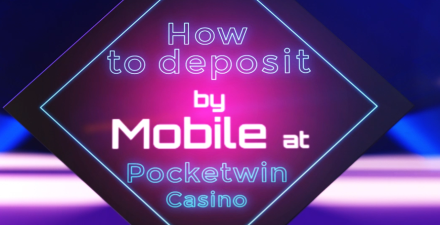 Video Deposit Guide: How To Pay By Mobile Phone At PocketWin Casino 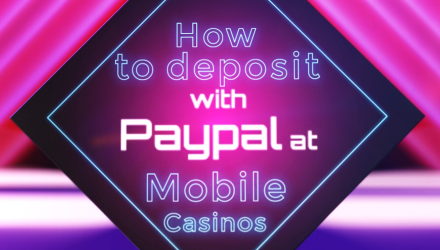 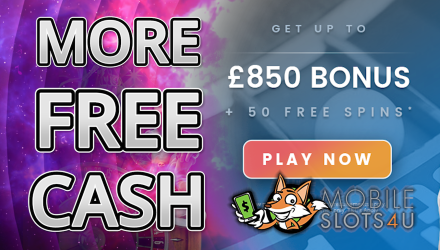 Video Casino Guide: How To Earn More Cash From Your Online Casino Bonuses 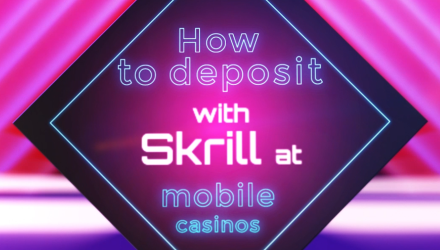