You might remember the new Drive slot by NetEnt being included in our summary of all Q1 2016 Netent releases, but not much else has been known about the game. The shroud of mystery is gone, however, as a promotional video was released by NetEnt last week. Having taken our time to analyse the footage and mull things over, we happily bring you this preview of NetEnt’s Driver, the full name of which will be Drive: Mutliplier Mayhem and it will be awesome.

Look Out For Drive: Multiplier Mayhem At Spin Genie Casino!

Software developers are on the constant look-out for themes that work and this time, drifting is the theme of choice for NetEnt. These seasoned game developers sure hope that they can ride on the tremendous success of car movies and franchises, for example eight of the Fast and Furious titles. So what’s this game, being released on the 23rd of February,  got in store? Well, multiplier mayhem as promised in the title, plus more!

Drifting Your Way To Big Wins

We’ve got to say – it’s very refreshing to see a slot that’s not yet another Egyptian, Luxury or Sherlock Holmes themed…enough of those already! Reckless driving is the next big thing. Alright, alright… Let’s call it controlled chaos driving in this five reel, fifteen payline slot. And although the return to player percentage isn’t yet known, we’d expect it to be up there at around 96%, in line with many of the other profitable NetEnt titles.

We know you’re itching to line yourself up at the Start line and we don’t blame you. Expect lots of multipliers. D’uh… It’s in the title! The big city backdrop and the glimmering night lights will have you mesmerised, but keep your eye on the prize – up to 750,000 coins can be won per go! You can bet anywhere from £0.15, but if you want to up the ante and go for all-or-nothing with £75 sized bets, you better keep your hands on the steering wheel and call it quits before your bank balance vanishes to dust in this medium variance slot.

While we can make out quite a fair bit of info from the promotional video, the pin-point detail will be covered in our game review section when Drive: Multiplier Mayhem comes out on the 23rd of February. For now, this is all we know about the features and special bonuses:

So can you beat the opponents in the races and get to the ‘boss’ Bruiser? We bet we got you sitting at the edge of your seat, biting your nails and very eager to get some drift racing action! Yet, if you can’t wait for Drive Multiplier Mayhem, then maybe it will ease your pain a little bit to know that another hugely expected NetEnt title is coming out sooner?  Guns N Roses mobile slot will be grand and it’s coming out in just a couple of days – get right on it!

Look Out For Drive Multiplier Mayhem At Spin Genie Casino! 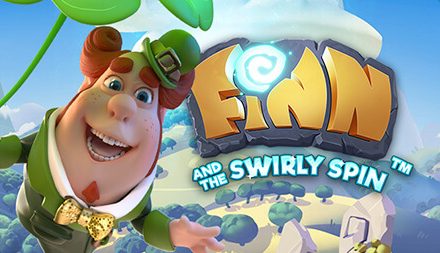 NetEnt’s Finn And The Swirly Spin Launches In Three Days