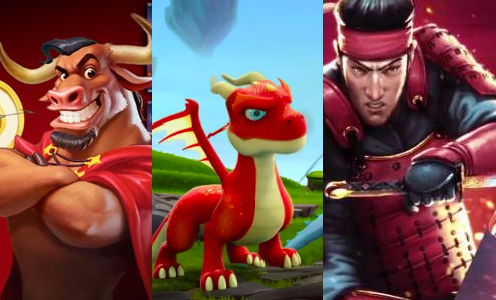 Didn’t November come around fast! With Halloween gone, it might be the time that some of you start looking ahead to Christmas, but don’t jump the gun. Before that we’ve got a whole month of new slot releases to dive into! This year has already been great for games: we’ve seen the launch of the final NetEnt Rocks installment, Motorhead, mFortune’s first 3D slot Gold MacDonald and the modern-retro SuperFlip by Play’n Go. November, however, looks set to be packed with a fresh bundle of great titles, so read on to learn what you should be playing.

Dragonz is Microgaming’s latest release and it’s got something for everyone. Whether you’re an avid Game of Thrones viewer, a Pixar fanatic or simply a fan of a well designed slot, this new mythical game is sure to please.

First up, let’s meet Flint, Switch, Frost and Gobble — the newest and cutest dragons on the block. These little creatures will accompany you on your journey, but they also each hold their own special powers to make sure you achieve those big wins.

The slot features amazing 3D graphics, which are more like something from a film than any slot we’re used to. But aesthetics aside, this five reel, 243 ways to win slot packs a punch with it’s bonus features too.

The game includes a new feature called Wild Deal, which makes sure you can create winning payline by adding wilds to the reels every time your spin comes up short. There’s also sticky wilds, stashed wilds (you can save them for later in the game), extra spins and a a jackpot of 3,583 times your stake.

Dragonz launched yesterday in all Microgaming casinos; we think it’s one of he software developer’s best releases to date, so give it a try — we know you won’t be disappointed!

Warlords: Crystals of Power will transport players to ancient times, featuring different realms such as the Orient and the Nordic forests of the Barbarians. Whilst ‘warlords’ may not be the most politically correct title for a slot, NetEnt have provided a fully fleshed out backstory to the game.

The main characters to the slot are a Samurai, a warrior priestess and a barbarian viking sort of guy. They each hold powerful crystals which bring strength and riches. This is probably where the warlord angle comes into play, as the must each defend their crystals and use them to conquer the realm.

Luckily, if all this fantasy stuff isn’t your bag, NetEnt have developed a great slot as well as a epic tale.  The game contains plenty of innovative features, including three types of wilds and scatters which unlock a battle bonus round. There’s also supersized symbols for the characters in the game, which create more winning paylines, alongside extra spins rounds which change dependent on which warlord unlocked them.

Expect a lot of flying arrows, flames and drama from this slot – it’s a thrilling adventure that will be available in both desktop and touch version. The game is due for release on the 24th November, so we’re sure we’ll have more information for you closer the time.

Check Out Mr Green For The Newest NetEnt Slots! 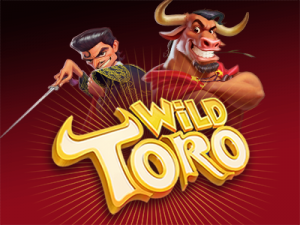 Do you remember Captain Diaz, the evil dictator who outlawed the eating of tacos in Elk Studio’s Taco Bros slot? Well it’s time to meet his son, Diaz Jr. Diaz Jr lives to bull fight, but in this new slot the bulls are fighting back!

Toro is our charismatic hero, who leaves a trail of wins whenever he appears. However, allow him to meet his matador match and he’ll soon see red. The Toro Goes Wild bonus game sees Toro charge at Diaz Jr and his bull fighting mates until they’re all defeated. Anywhere he charges, he creates a chain of wilds in his wake.

On top of the bonus round, Wild Toro also includes a re-spin feature, normal wilds, and Toro’s Walking Wilds, which move from left to right with each successive spin. The game is a five reel slot with 178 ways to win, and a jackpot of 225,000 coins. The game launched yesterday and on first play we have to say we’re thoroughly impressed by this indie designer’s offering.

Leo Vegas Will Host Wild Toro When It Comes Out!