Kudos to NetEnt, as they've once more stepped outside the box of mobile slot development and reinvented the gameplay and the features with Aloha Cluster Pays machine. The reels are bigger and better, the colourful Tiki masks will get you right in the mood for a jet-setting holiday in Hawaii and the handful of exciting features of this game might as well trigger a win big enough for you to afford it! Let's look at the new NetEnt mobile slot Aloha Cluster Pays in more detail and explore what's it got going for it.

About The Slot
You might recall us first mentioning this game back in 2015 when we revealed all the new mobile slots that NetEnt had planned for 2016. Back then, we didn't know much at all about this game, but now that it's release date is here, we got all the details as to the gameplay, the features and the mechanics.

We think you'll be glad to hear that Aloha Cluster Pays looks funky and certainly authentic Hawaii, with brights splashes of colour everywhere, the volcanic island background and the highly emotional tiki mask to the right of your reels. What's more is that the reels have been innovated and are larger than the majority of other mobiles slots. Plus, the features on offer, such as the sticky re-spins guarantee exciting large win.

When Do They Sleep?

By ‘they' we mean NetEnt and we're shocked that this Swedish software developing powerhouse isn't taking a break, not even a short breather, after their massive Guns N Roses release a couple of months back. And we're not even talking aboutthe recently launched Drive: Multiplier Mayhem!

NetEnt have been on a roll, reporting massive profit gains for 2015 and it appears that they're aiming to make 2016 an even more successful one. Of course, with stellar reputation comes big expectations, so a simple mobile slot just wouldn't  cut it. That's why Aloha Cluster Pays reinvents the gameplay of mobile slots slightly by featuring a 6x5 layout and by throwing away pay lines, more on which below.

This Swedish software developing powerhouse is celebrating their 20th birthday this year and being one of the world's top software developers, NetEnt isn't resting on the laurels. They have got plenty more mobile slot releases planned for this year: Jimi Hendrix mobile slot is coming out April 22 and the Motörhead is confirmed for 2016 too.And that's not to mention the 3D sound technology that NetEnt are working on introducing to all of their new releases. It's awesome!

Feel The Sand Beneath Your Feet…

NetEnt have always timed their slot releases perfectly. Aloha Cluster Pays is no different as it comes just in time for the change of seasons for most of us, including Spring Break during which many go off on holidays at exotic destinations. So if Hawaii doesn't cut it for you, then we're not sure what will.

Grab your virtual passport to head to the famous volcanic island that's filled with flower garlands, tiki masks, torches, face paint and tropical drinks, of course! The symbols that adorn the innovative reel set up have coconuts, seashells, pineapples and flowers of rainbow colours. But the symbols that you should look out for as they get you the biggest wins are the Tiki Masks.

Meanwhile, the large Tiki mask on the right of the reels is interactive and reacts to whatever's happening on the reels. And watch out for the massive volcano in the background as it will erupt when a particularly large win is scored or when the Extra Spins feature is triggered! And the sound track is chilled out too – its the traditional type of hip swaying Hawaiian melodies that play throughout.

All in all, we find Aloha Cluster Pays to be extremely relaxing and pleasant to the eye that it almost feels like a proper vacation playing this mobile slot. So jet off to the tropical Pacific island paradise, dip your feet in the water and feel the sand in between your toes. Aloha, Big Wins!
But it's not all about swaying in the hammock on the beach while spinning the Aloha Cluster Pays reels. It's action and big win filled, if you know where to look! Actually, the clue is in the title on this one, as NetEnt have done away with the regular paylines. Who needs them anyway?

So, you'll have to wrap your head around a new way of winning called Cluster Pays. It's actually quite a familiar concept to all those who've played social games in the past. Essentially, it's collecting symbols in blocks of at least nine and up to a maximum of 30 (all of the symbols on the reels) to get wins. The symbols have to be touching to be counted as a cluster – simple.

Betting from just 10p (at bet level 1 and at 1 coin per bet) or at the maximum of £200, the return to player of Aloha Cluster Pays is a very healthy 96.42% so you can profit if you play your strategy right. The variance of this slot can be said to be at around low/medium – just your usual NetEnt slot, really. And depending on how much you wager per spin, the maximum win can go all the way up to £200,000 – not extortionately massive, but a sufficiently exciting win potential anyway.

Game Features: The Usual And The Innovative
Soon after you start playing Aloha Cluster Pays, you will become aware of the fact that the features within the slot are both new and old. For example, we are all familiar with Extra Spins, yet what's Symbol Drop during Extra Spins mode? Or how's a Substitution Symbol different from a Wild?

Just in case you've been bored of new slot releases which are all quite same with their Wilds and Extra Spins, NetEnt are throwing Substitution Symbols at you. Actually, they sound more innovative than they really are – they're just Wilds in disguise.

Probably because of the changed reel setup and the way the game mechanics work due to the Cluster Pays function, ‘Wild' isn't an appropriate term anymore. Yet, it still performs the same function. The simplistic looking wooden crate with a question mark will turn into an adjascent symbol that will create the highest paying winning combination possible.

The good news is that Substitution Symbols can appear anywhere on the 6x5 reel grid, but cannot substitute for Extra Spins Symbol – fair and square. But don't worry, there are the Stacked Symbols too that you will quickly spot on the reels. The many Tiki Mask Symbols come stacked to the height of two symbols, thus triggering more frequent and larger wins too. Sticky Re-Spins Amp Up The Wins

Yet the Substituting Symbols and the Stacked Symbols aren't the only ways to increase your takings in Aloha Cluster Pays mobile slot. Far from it! The notorious Sticky Re-Spins, featured in many other popular NetEnt games, are making a re-appearance in Aloha Cluster Pays. And we wholeheartedly welcome that! This feature essentially awards Extra Spins without being called that and the way it works is really simple.

Allow us to explain, just in case you've never seen them before. Whenever a winning combination appears, the winning symbols will remain ‘stuck' on the reels while the rest of the symbols will spin again with no additional cost to you. The background will become darkened with only the relevant symbols shining through and being added to the winning cluster, maximising your win. The re-spins go on as long as each spin yields another relevant symbol, so potentially up to 30 if you get really lucky!

The Sticky Re-Spins are triggered by a winning cluster randomly, so you'll never know when to prepare yourself for the wild lava-spitting Tiki to announce that you've been awarded Sticky Re-Spins. Yet, in our book, that just makes the feature more fun. And to add to the drama, flames will engulf the cluster with all the winning symbols – impressive graphics!

Say aloha to some Extra Spins too on Aloha Cluster Pays. You didnt think NetEnt forgot to add the single most popular feature of all times, of all mobile slots, right? Rightly so, because Free Spins and the Symbol Drop feature accompanying it make this slot a five star one.

As you can see, additional Extra Spins can be won while you're in the Extra Spins game. What's more is that the Symbol Drop feature makes each Extra Spin even more lucrative, as low winning symbols are removed  to make way for high paying Tiki masks. This ensures that you walk away from a Extra Spins round a real winner and to round things off very nicely, if you don't win anything in the last Extra Spin, then you'll get another one and another one until your last spin is a win! Aloha Cluster Pays can be found at all good NetEnt casinos, but we recommend Guts with 100 extra spins on Starburst and £300 bonus!

Aloha Cluster pays How great is this slot? We guess we won't be the only ones raving about Aloha Cluster Pays mobile slot by NetEnt. We've shown in this review that not only does it look great, but also pays very decent too and that's what matters the most. With the Sticky Re-Spins and the Extra Spins double whammy of features making Aloha Cluster Pays a gold mine for frequent moderate wins and quite regular big or mega wins too, we can definitely see this game appeal to those who love an engaging mobile slot. This machine won't be about mindless reel spinning, but more about the colourful and exotic excitement of the double stacked Tiki Masks and the flaming winning clusters that will keep you on your toes. All in all, yet another high-class machine from NetEnt, with unique features and gameplay that is exciting and just in time for spring. We bet there will be tonnes of promotions going on as Aloha Cluster Pays is released, so keep an eye on our promotions page to hear all about the trips to Hawaii and other tropical giveaways that casinos are bound to host! 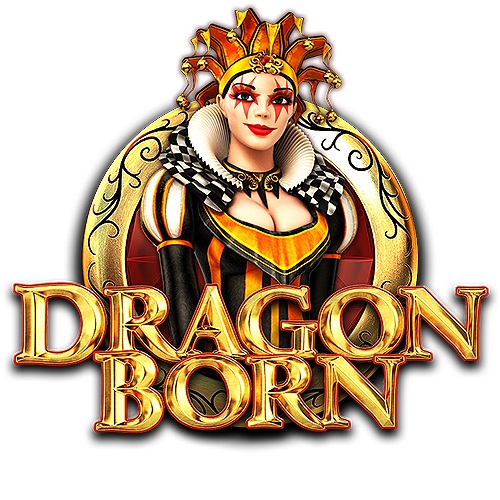 Review of Genie’s Touch by Quickspin, A Magical Mobile Slot