The Ultimate List Of Mobile Slots That Will Never Get Boring

Finding new games to play is great, and here at MS4U, we’ll always help guide you to discover the latest, greatest slots and casino games. However, there’s nothing quite like a classic and there are still plenty of games out there which have been around a while, but still show no signs of getting old and tired. To celebrate these great games, we thought we’d put together our guide to the fantastic slot games which we could keep playing for years without getting bored.

One of the most relentlessly popular slots turns seven this year, and comes in the form of Gonzo’s Quest from NetEnt. The secret of this game’s success is innovation. This 5 reel, 20 payline game came onto the scene with some of the most stunning visuals and state of the art animation anyone had seen in a slot at the time.

Combined with the innovative Avalanche feature and the appealing ‘hunt for El Dorado’ theme, Gonzo’s Quest’s popularity was assured right out of the gate. Going into 2017, Gonzo’s Quest not only continues to enjoy huge popularity among players, but is also getting a reboot of sorts.

NenEnt has announced that it is working on creating its first virtual reality game, and guess what? It’ll be using Gonzo’s Quest as a base game, breathing brand new life into the slot. Its choice for this enterprise just goes to show how much faith NetEnt places in the fact that Gonzo’s Quest will never get old.

Boredom could hardly be further from your mind when you’re playing a game colloquially referred to as the ‘millionaire maker’. Though a relatively basic slot on the face of it, Mega Moolah has always courted popularity in the most part thanks to its enormous progressive jackpots which regularly offer record breaking wins to unsuspecting players, with even standard jackpots reaching far up into the multi-millions.

It’s not like Mega Moolah is short of features – you’ll find extra spins, multipliers and a wheel spin mini game available on this 5 reel, 25 payline game. Moreover, it’s not like you need to win the jackpot to be able to go home with a life-changing sum of money – in fact, even in the standard game, the biggest line win you can enjoy on a single spin is a staggering £3,750! We’d struggle to believe that anyone could get bored of this slot with those stats.

Check Out Mr Green And Play Mega Moolah There! It always makes us chuckle here at MobileSlots4U when we think about the storyline that underpins Foxin Wins. The character himself is a little aristocratic fox with a penchant for hunting; seeing as it would be straight up perverse to have him hunting his own kind, he instead hunts for leprechauns, from whom he steals pots of gold.

You can look at it as a Marxist comment on the accumulation of wealth by the upper classes, or just accept it at face value, as a thoroughly enjoyable mobile slot game, which will never let you get bored. The 5 reel, 25 payline slot is full of fun features. On top of the basic wilds and scatters, you have two bonus rounds – the Leprechaun Shake Down and the Foxin Funds bonuses.

In the former, a mini game lets you chase down leprechauns, and shake them until you get a bunch of gold out of them, the latter simply adds extra funds to random wins to increase your winnings across the board. It’s little treats like this that keep Foxin Wins from being even remotely boring. If you’ve ever claimed a extra spins welcome bonus when signing up to a new site, chances are you’ll at one point or another have claimed them on NetEnt’s flagship game – Starburst. The brightly coloured slot has been the inspiration for countless copycat games, but none have come close to the original in terms of quality and popularity. Starburst is a favourite of casinos and players alike, and is the go-to game for extra spins bonuses.

This 5 reel slot may only feature 10 paylines, but that stops being too much of an issue when you consider that you can win both ways along the paylines that are there.

Players who only come to this game because of a extra spins deal are in for a treat when they discover the expanding wilds, and even re-spin features which take this game from the levels of good to excellent. Casinos and players show no signs of getting bored of this game.

Classic Game At A Classic Casino! With the Thor and Avengers films, Norse gods are back in the public imagination, but even before Marvel got on the scene, Microgaming had already created two Norse themed slots, with characters like Thor, Loki and Odin popping up on the reels of this 5 reel, 243 ways to win game.

The first slot in the Thunderstruck series was popular in its own right, but since the release of Thunderstruck II, players just cannot get enough. So what’s the appeal of this game? For one thing, there’s the two huge, unique features which have players reeling with excitement.

Firstly, there’s the Great Hall of Spin feature, which is a multi-level extra spins game, where you can progress through various tiers and get an up to 5x multiplier. Then there’s the there’s the Valkyrie re-triggering feature, where successful extra spin combinations result in further spins. You’ll never get sick of this game. 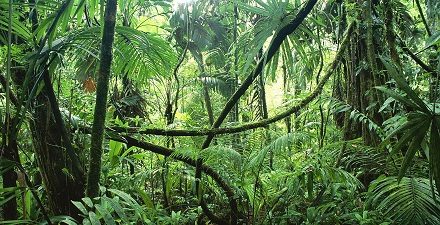