At the end of this month, EGR Magazine will be presenting prizes in London to online and mobile casino operators in what is generally considered to be the biggest awards show of the iGaming calendar. One of the key categories at the awards is the Game of the Year award, which highlights the work of development teams from around the world, and rewards high quality and innovation in online and mobile slots and casino games. This year’s shortlist for Game of the Year has just been announced, so we thought I’d run you through the hopefuls, and give out tips on the games we think stand the best chance of winning.

Ok, I think the easiest way to do this is to simply lay out the shortlist for you and then go over what I think about it below. So without further ado, here are the titles shortlisted for the EGR Awards Game of the Year. How many have you played?

Winning’s Off The Table

Now, this might sound like the most predictable prediction of all, but I don’t think either of the table games featured in the shortlist will clinch the top spot. Granted, Felt’s Blackjack 6 in 1 has proved to be super innovative and user friendly, while Evolution’s Live Baccarat Squeeze has been a massive player favourite, but the chances of a non-slot winning this category just seem so slim.

The fact is, you’re just limited to what you can do in terms of experimentation and innovation within table games, as the confines of the game structures are far narrower than in video slots. I for one would be pretty surprise if we didn’t see a slot top this category, especially given the super high quality titles the judges have to choose from.

You may have noticed the only developer to appear twice in the list is Playtech, and while its double appearance makes sense given the sheer number of great games they’ve put out this year, it might strike some people as a little surprising the likes of NetEnt haven’t secured two spots in the shortlist, given the absolutely ram packed year that developer has enjoyed.

Anyway, does this mean that Playtech has double the chance of any of the other developers at winning the prize? Honestly, I’d be inclined to suggest not. While getting two spots on the list is no doubt impressive, I feel neither of the slots has what it takes to win overall. I think Space Invaders slot relies too heavily on players’ nostalgia for the 80s arcade classic, while Ace Ventura’s popularity wasn’t organic enough, and rather a result of a lot of aggressive marketing.

Sorry Playtech, I don’t think you’re going to be lucky this year.

Dull Themes Dragging Them Down

While no one is going to call into question the high quality of any of these games, I have the feeling that a couple are going to miss out on winning thanks in the most part to their unoriginal or uninspiring themes. I reckon The Viking: Wheels of Valhalla, Hot Safari and The Wild Chase will suffer most from this lack of inventiveness, but I think even Yggdrasil’s Monkey King Slot may not be innovative enough to secure a win.

You have to bear in mind that this prize is in part judged on the originality of the slot, and because the winning game will be a model for other innovators to follow over the coming year, picking a slot with a lazy them or gameplay just isn’t really an option.

Who Has The Best Shot

Ok, I’ll just come out and say it; for my money NetEnt’s Guns ‘n’ Roses or Play’n GO’s Grim Muerto stand the best chance of ending up in the top spot. These are the two most visually stunning games in the list, with by far the most interesting mechanics.

The only reason I think one might have a slight edge comes down to consistency. Guns ‘n’ Roses is an astonishingly good slot – it looks great, it plays better, and its soundtrack serves to fully celebrate the band it was put together in honour of, however, it’s pretty standard for NetEnt to put out games of this quality – they’re nothing if not consistent. Play’n GO, on the other hand, really pulled out the stops for Grim Muerto, stepping above its usual fare to demonstrate a marked improvement in the quality of their production.

If I was one of the judges and truly wanted to promote innovation in the industry, I’d vote straight away for the game which the developers clearly put the most effort into creating. 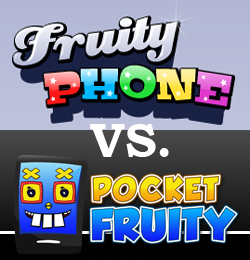