Embark on an adventure in a magical world with the Shangri La mobile slot by NentGen Gaming, featuring 15 paylines

The name Shangri La only brings one thing to mind – five star quality. Thankfully, that is exactly what this mobile slot by NextGen Gaming is all about. Everything about this game screams thoughtfulness and attention to detail by the developers, designers and engineers on this game.

This time around, NextGen has merged its Shangri La slot with the fantasy world. All the characters and elements in this game have a mystical feel to it and the game is set somewhere in the Himalaya close to a monk sanctuary. As exciting and adrenaline inducing as this game is ,with its fast-paced gameplay and high paying features, the peaceful and calm backdrop just brings you heart rate back down. The balance of the yin and the yang in this game is just beautiful.

Aside from the stunning theme, there is quite a bit under the hood of this Shangri La slot. It comes with four unique features, and just to top it off, some of the features even pay up to a staggering 3,000 times your spin wager!

Before we get into the heart of the action, let’s get through some basics real quick. Shangri La mobile slots sports a 5x3 reel layout that is paired with 15 paylines. The game accepts wagers of anything between 20p to £200 per spin. That said, this game will suit players of different budgets with the wide range availability for wagering. Between the slightly less frequent payouts and its higher payout amounts, I would say this game is a medium to high variance punt.

I feel that this game is designed for experienced players rather than newbies as you would require some level of patience in order to win and maintain you bank balance. The good thing about this game is, every time a feature is triggered, you can expect to make some good money out of it.

Best case scenario is that you trigger one of the features early in your gaming session, and you could walk home with a huge load of cash in your pockets. On average, your winnings would be approximately in the 15x range on your spin wager, but don’t think for one second that this works in your favour because the payout frequency in this game is not that great.

At this day and age, the minimum performance requirement for a slot is already very high. Fortunately, even with all the sophisticated animations around the features and high definition graphics, the Shangri La mobile slot performs flawlessly in all aspects.

Another thing that made me happy is that the Shangri La mobile slot runs as smooth as silk across all devices on all platforms. Even with all the sophistication in this game, it was really nice to see that my three year old Samsung phone could run this game without any issues. Just like all the other NextGen mobile slots that we have been acquainted with and come to love, the Shangri La slot also comes with the same characteristics and exciting bonus features. With this slot however, NextGen has turned the level of mystique up by adding more bonus features than they are normally used to. Specifically, there are six unique features in this game. Coupled with the fact that this slot is a medium to high in variance, any activation of any one of the six features could help you make some serious cash.

Firstly and unsurprisingly, there are the Wilds and the Extra Wilds. The Wild symbol in this slot comes in the form of an adventurer, and she will replace all symbols except scatters to complete winning paylines. Best part is, the wilds come with a 2x win multiplier on all your winnings and just for the fun of it, Shangri La may randomly throw some extra Wilds your way! Next up, we have the Wild Reel Feature. In this feature, your second, third or fourth reel will be filled with Wilds when activated.

Here comes the interesting bonus features, the extra spins and the mini games that come along with it. To trigger these features, you will need at least three scatter symbols anywhere on your screen and just as you have done that, Shangri La slot may reward you with any of the following bonuses.

The variety of features available in the Shangri La mobile slots is definitely its selling point. With the six unique bonus features that this game sports, it generates enough suspense within players. You won’t be able to stop wondering which one of the bonus features you will be getting next and when you do trigger any one of them, you wouldn’t be able to wait for the next.

In term of the features themselves, the chest and trail bonus steals the limelight. The pure excitement it generates as it takes you to a whole new screen and how the theme truly comes out during the gameplay is just a sight to behold. Profitability wise, however, you should be aiming for the extra spins or the super extra spins above others as the increased chances of getting the Wild Reels are significantly increased. The random wilds thrown in will also help generate a healthy amount of cash for you to walk home with. Shangri La Overall, I have to say that I am completely mystified by the Shangri La mobile slot. With all the high-quality features and an amazing theme, this slot is sure to be popular among slot enthusiasts. I found every aspect of the game well executed, with zero flaws in my 30 minutes of stress testing this game. The only small complain that I have is that it is quite difficult to experience all the bonus features in just one sitting as activating the features seems to be a little difficult. If you have the patience or you are just here to have fun, then by all means, give this quality slot a go. 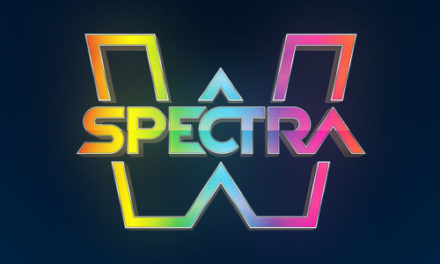 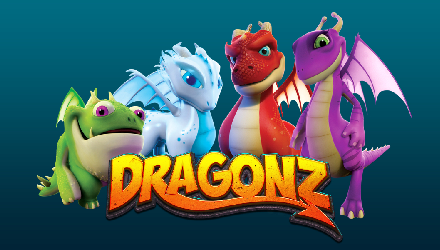