There’s a whole bevy of cool features to assist us on missions, from power up transformations to super extra spins. Without further ado, let’s dive into the action!

The plethora of superheroes gracing the big screen can be overwhelming. Batman and Superman, Captain America and Iron Man – not to mention the lesser known guys like Antman and Doctor Strange. Comic books have been the source material for many films, merchandise and recently, slot games too. Playtech has signed the entire Marvel gang for a whole slot series, we’ve got the Transformers slot too if you consider the Autobots superheroes. How have these fictional characters that was once reserved to comic book nerds and ten-year-old boys completely taken over mass entertainment?

Well, there’s a new superhero-themed slot on the block. Join the action with Justice League, the latest slot by NextGen Gaming. It’s the DC Comics version of Marvel’s Avengers; a lineup of all the biggest characters on the biggest battle of their lives. In the Justice League, you’ll flank Batman, Superman and Wonder Woman in their quest for big prizes. There’s a whole bevy of cool features to assist us on that mission, from power up transformations to super extra spins. Without further ado, let’s dive into the action!

About The Slot
Justice League is a 5-reel, 25-payline slot. So, who have we got in the lineup? All seven founding members are represented on the reels of Justice League, including Superman, Batman, Wonder Woman, The Flash, Green Lantern, Aqua Man and Cyborg. The value of each symbol is set by the popularity and the strength of each superhero. The B-squad – Cyborg, Aquaman and Green Lantern – payout up to 30x, while the A-team – Batman, Superman and Wonder Woman – can deliver wins up to 300x your wager! Aside from these, there’s also the boring Ace to 10 symbols that you’d find on every slot machine.

The game’s wild symbol is the one where all seven members of the Justice League ready for battle in a single symbol. The wild symbols may appear randomly on the reels; otherwise the superhero symbols may randomly transform to Wilds after every spin. This random transformation is dubbed the Team Rescue feature. It’s like how a superhero turns up to a battle at just the right moment to assist their teammates; in the slot, they show up to help you get more wins. Isn’t it nice to have seven heroes behind your back? As usual, these wild symbols substitute all other symbols to complete winlines and increase your chances of winning.

Bets start at 30p and can go up to £60 per spin. The game has relatively high payout percentage of 96.5%. Most other slots hover around the 95% mark; some unfortunately are configured to return even less to the players. It’s classed as a medium to high variance slot, which means the game has a tendency to hold off on small wins and instead reward players’ patience with more sizeable payouts. Don’t be turned off if you encounter a streak of 5 spins with zero action. It’ll creep up on you soon enough! These kind of high variance games are usually suited towards players with a higher appetite and tolerance for risk. It’s definitely thrilling, to say the least.

How Does This Mobile Slot Perform?
Fans will notice that the artwork is taken straight out of DC Comics’ latest New 52 series. For the less dedicated fans, the New52 series is DC’s revamped version of their entire line of comic books. Launched in 2011, the New 52 series features changes like Superman’s new jeans and t-shirt look and the introduction of the Martian Manhunter character. In a nutshell, this slot has the latest and greatest artwork from the DC Comics studios. During the power up feature, each character is tastefully animated too. The game is also accompanied by a action-packed soundtrack. It’ll build suspense, set the stage for superhero battles and complete the entire gaming experience. This game can be found on all platforms (desktop, mobile and tablet). Game Features: Superhero Power Up & Extra Spins!
What’s a superhero slot without a nice showcase of skills? Enter the Superhero Power Up feature. If you get a stack of superheroes on reel 1, you’ll get one free re-spin. Consider this the moment where the slot transforms and calls upon its powers. First of all, Reel 1 and Reel 5 will be filled with one particular superhero symbol. The free re-spin commences. If you score any superhero symbols during this spin, it’ll be held sticky and you get another re-spin. This continues until no more winning symbols show up. As you can imagine, this  Superhero Power Up feature sets the stage for a really wonderful win sequence.

Next in line is the Attack on Metropolis Extra Spin feature. This is triggered when you get three Daily Planet symbols anywhere on the reels. It’s time to get rollin’! Players will immediately get started on 10 extra spins and 1 super spin. First, you’ll play the extra spins, where every wild on the screen doubles as a multiplier (anywhere between 2x to 10x). The game claims that there are more wild symbols than usual during these extra spins. Which is great, because you need wild symbols to charge the Superhero Spin Meter. Three wilds equal one super spin.

Super spins are everything you’d expect and more. Here, you’ll get the Superhero Power Up feature with sticky and stacked superheroes. All wins are also multiplied by 10x! If you’re lucky enough to enter this feature with one of the top three superheroes, you’re bound to win crazy amounts of money. The extra spins can also be re-triggered by getting three more bonus symbols during the game, or by defeating one of Darkseid’s minions.

Justice League – Extra Spins and Power Up's Galore
So, does the Justice League deliver earth-shattering amounts of fortune? Unfortunately, Justice League is just like your average slot when it comes to overall payouts. While the extra spins and power ups occur frequently, both features often only payout 10-20x. The really big wins that come from having superheros covering the entire reels only bless the really, really lucky players.

The only reason you’d choose this slot over another is the fun features and the gaming experience itself. It’s nice packaging, covering up roughly the same gaming engine under the hood. Besides, I would’ve liked features that showcased each superhero’s specialty, such as Green Lantern’s ability to bring his imagination to life or Superman’s strength and flight. However, the game bundled them together in the power up feature instead. Justice League Sporting the original DC Comics artwork and packing an arsenal of bonus games under its hood, this Justice League slot is definitely going to please all of its fans. The game packs both powerful features as well as decent payouts. There’s a lot going on in every moment of the game, which is exactly how a comic book or a superhero movie usually plays out. A plot twister around every corner, a random burst of action when things start to get boring. We’re glad that NextGen Gaming preserved this fast-paced action packed style with this Justice League slot. We hear that there’ll be a new Justice League blockbuster movie hitting the silver screens in 2017. Casinos are bound to offer amazing promotions and extra spins for this slot to coincide with the movie; and we’ll definitely keep you in the loop. Keep reading mobileslots4u.co.uk for the best insider news related to mobile slots. 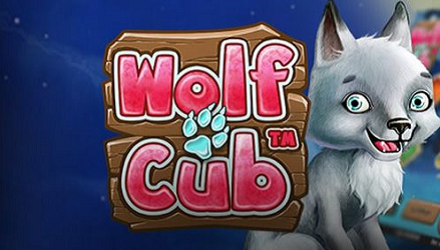