Schmitt’s Casino is the full package casino, offering hundreds of top ranked games and bonuses to suit all new and returning players! We’re going to lay this out right at the top – we absolutely love Schmitt’s Casino, and we’re basically going to spend the rest of this review trying to convince you to feel the same. There, we said it. First and foremost, though, you need to make sure you’re not put off by the unassuming façade you’re met with when you first click onto the site; there’s a whole lot going on under the hood of this casino that you’re not going to enjoy unless you put expectations to one side and let yourself get lost in the site.

Launched just this year, and boasting all kinds of games and promotions, Schmitt’s Casino is one that is both worth playing at and worth watching – this little site is destined for great things, and you can be one for the first players in on the ground floor.

There’s three areas that we think Schmitt’s really excels in and it just so happens that those are the three areas, which tend to mean most to mobile and online casino players. Firstly there are the games – over 360 titles available from five of the industry’s top developers, covering all kinds of game types and genres.

Then, there are the promotions – not only do new players get a welcome bonus package worth up to £1,000, they can take advantage of dozens of seasonal and recurring promotions as returning players. Then there’s the banking – Schmitt’s Casino offers loads of options for depositing and withdrawing to make sure all players can bank in a way that suits them.

For a casino that only launched this year, Schmitt’s has done well to get its shit together so quickly, and will do doubt gain a loyal following of players in now time. It has a broad appeal, and is likely to be frequented by those who value great games and bonuses over sparkling aesthetics. While 360 might not be everyone’s idea of a lot of games at an online and mobile casino (after all, we could all name a dozen sites that feature well over 1,000), Schmitt’s is the kind of site that proves the old saying “quality not quantity” to be oh so true. Having set out to create a collection of casino games which would appeal to the broadest possible cross section of players, Schmitt’s offers games of many different types and all kinds of themes.

So, while 360 is a pretty middling number, they certainly make the most of it. This high quality is achieved in a great part by the careful selection of game suppliers; the names Microgaming, NetEnt, NextGen Gaming, Thunderkick and Elk Studios represent the studios unquestionably putting out the best gaming content in the industry today.

This choice of developers also allows the casino to feature a broad range of game genres, which is why you’ll find video slot, table games, live dealers, jackpots and scratch cards all sitting alongside each other at the Schmitt’s.

Just like any other casino new on the market, Schmitt’s has decided that one of the ways it’s going to attract new players is to offer a decent welcome bonus package, and when we say ‘decent’, we mean spectacular. Not only are all three of your first three deposits subject to deposit match bonuses, you’ll also get extra spins on top to let you try some of the best games on the site without risking a penny of your own (or even your bonus) money.

In total there’s £1,000 available over your first three deposits (and don’t forget those extra spins). The welcome bonus package breaks down like this: Often, when a casino has a massive welcome bonus package on offer, it can become apparent very quickly that that’s all that’s going on, with very little for new players to get on board with or look forward to. This couldn’t be further from the truth with Schmitt’s Casino, where returning players have pretty much as much access to great bonuses and promotions as new ones.

Each and every week you can take advantage of bonuses which range from cashback and extra spins to deposit bonuses. Whenever you visit, you’ll also find at least one or two seasonal promotions running at the casino, which always aims to have one or two unique bonuses for its players to claim. Then there’s the loyalty points and refer a friend bonus, which both rewards faithful players.

But, we understand mobile deposits aren’t for everyone, which is why we’re glad that there’s also a bunch of choice for players depositing at Schmitt’s. First off, there’s the obvious selection of credit and debit cards, with all major cards represented. Then there’s the ewallets and web transfers, of which there are exactly a load to choose from. From Neteller, Trustly and Paysafecard to Skrill, GiroPay and instaDebit, you’re guaranteed to find a deposit method that suits you.

Want to play at Schmitt's?

Schmitt’s is a young and exciting casino with a promising future.

Schmitt's You’ve really read all the way down this far and still don’t get how we feel about this casino? We LOVE IT. Yes, it might be a little simple to look at, but in our books that’s part of the charm. Doing away with too much gaudy flash and keeping things focussed on what’s important (i.e. games and promotions) is something to be commended, not complained about, and its relatively basic layout actually makes it super easy to navigate – yet another tick in the right box! There’s very little we can fault with this casino, and once you’ve given it a play, you’ll agree! 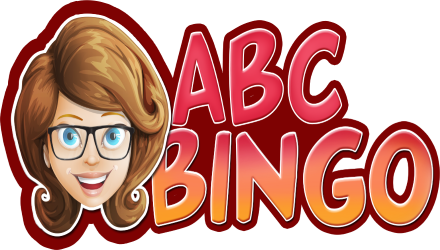