Which Operating System Is Better For Mobile Gambling — Android Or iOS?

Techno-geeks have been debating this one for years — which mobile operating system is better: Google’s Android or Apple’s iOS? Just like the Mac vs PC argument, you may get a different answer depending on who you ask. Of course, the owner of an Apple or Android device tends to favour the one they actually have in their possession.

But we are not held back by any such biases. We tend to look at mobile technology on its objective merits and today we’re going to look to see which operating system (objectively!) better supports mobile gambling.

A defining attribute of the modern age is the app. No mobile phone is a mobile phone nowadays without the ability to download an application which users can access at any time in any place. You can use them for almost anything, too! From calculators to making fart noises, apps can be functional, hilarious or complimentary.

When it comes to mobile gambling, few mobile casinos (at least in comparison to how many there are) actually have apps that players can use. On the other hand, those that do get millions of downloads thanks to Android and Apple having their own respective app stores.

Now, since both Google Play and the iOS App Store both have over a million apps each, it’s hard to compare the two with numbers. In fact, they’re both pretty much the same functionally, so you may think it’s a bit of a moot point. However, Android takes the cake here because it allows users to access multiple app stores including Amazon and Getjar. More access to different apps means more access to mobile gambling. Point goes to Android. It’s a widely-known fact that the Apple iPhone has a terrible battery life. Even the latest model pales in comparison to any device that uses Android. But is that really the fault of the operating system? Well, yes. Yes, it is. Such software does eat up battery and iOS tends to gobble up more juice than most.

It’s a problem that Apple still can’t seem to get around while Google not only managed to but have succeeded in creating a system that allows the battery to last for a couple of days without charge. Battery life is important for mobile gambling for obvious reasons. You don’t want to run out of charge just before you make a big win and you certainly don’t want to run out of charge when you’re on a winning streak with your favourite slot.

Even though it is unlikely you’ll be gambling when your phone’s battery life is on 10%, you’ll feel sorely left out at having to give it a miss and irritable that you’ll have to take a charger with you wherever you go. Yes, so second point to Android on this one. Sorry, iPhone lovers!

Err, no… Not that kind of space. This is where Apple have the slight edge. Each of their devices allows up to 5 GB for photos and videos plus it automatically saves it to the iCloud and gives the users options to share their files onto other cloud services like OneDrive, Dropbox and Flickr.

While Android also allows this, it doesn’t really have its own dedicated cloud service unless you count Google Drive. And, as far as we know, it doesn’t automatically update your drive. Space on a device is obviously important for mobile gambling as you need said space on your device to keep all your casino apps in one place.

It would be a pain that you would have to delete all your holiday snaps to make room for an app that you really want access to. Then again, you could just save it to the cloud so it’s not really that much of an issue. And anyway, you’re probably going to upload all those pictures to Facebook. Point goes to iOS, though it’s a small point.

And the winner is… Android! Yeah, it’s pretty obvious that Android is the superior operating system. We’re not being biased, here, we really do like Apple but their iOS feels flimsy and out-of-date compared to the software released by Google.

It may succeed better in other areas but when it comes to mobile gambling it falls rather short. Remember, though, it’s not the device we’re comparing — it’s the operating system that works across multiple devices and allows it to function. 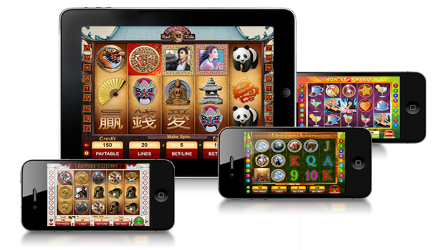 5 Signs That You Need to Switch Mobile Casinos 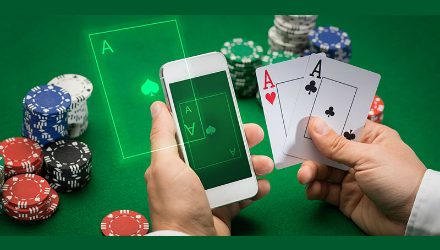