We’ll be honest with you – not every mobile casino player is going to be the lucky one who strike millions. However, with reports of mobile millionaires on the increase, the stories of bigger and better mobile jackpots are helping inspire more people than ever before to try out jackpot slots. We love a good tale of success, so thought we’d share with you some of our favourites of the special, weird and coincidental mobile million pound wins.

Looking Out For Dad

Our first story comes from the UK, where an ex-soldier got more than a medal to reward him for service to his country, and used his new found wealth in the kindest of ways. After 26 year old Jonathon Heywood returned from his tour of Afghanistan, he took to occasionally enjoying the odd spin on mobile slots.

One day, when playing the infamous millionaire maker Mega Moolah at Betway Casino, he was astonished to find himself the proud beneficiary of a whopping £13,213,838.68 jackpot. Completely taken aback by the win, Jonathon was q

uoted as saying: ‘It’s all so surreal… I just kept staring at my screen and seeing this huge number in my Betway account.’

While many guys in their mid-20s might think about the cars and houses they could buy, and the women they could impress with their new found millions, Jonathon had far less selfish plans in mind for his cash. At the time his dad was waiting for a heart and lung transplant and the young soldier promised to put as much cash as was necessary towards getting his dad the best health care money could buy.

It’s nice to hear of someone wanting to make a difference with their winnings.

A couple of years ago it was pretty uncommon to hear about phone casino players hitting million pound jackpots and only a couple of years before that we were still waiting on our first mobile millionaire. Today though, the frequency of people becoming millionaires thanks to mobile slots is at an all-time high – so high in fact, sometimes it feels like déjà vu.

This story comes from NetEnt; a games software company which is no stranger to online and mobile millionaires, thanks to its generous offering of jackpot slots and the brand’s popularity. What makes this story special though, is that NetEnt managed to make two mobile millionaires in just one week, while the players were enjoying games from the same franchise!

The first lucky winner was 23 year old Hessen from Germany who, one night while playing a couple of round of Mega Fortune at Betsson Casino with her husband, had her life changed for ever. Because Hessen is typically a pretty conservative gambler, she as only spinning 50 cent at a time, and was in no way prepared for the €3.1 million jackpot which dropped as soon as the reels stopped spinning.

The millions didn’t stop raining there, though. Later that same week, 50 year old Agneta from Sweden was enjoying Mega Fortune Dreams – an offshoot of the Mega Fortune Franchise – at Leo Vegas Mobile Casino. Little did she realise that one fateful spin would see her taking home a record breaking €5.6 million on the jackpot slot.

So, for all of you who give up on slots as soon as their jackpots drop, you might want to think again.

We’re all familiar with those BGO Casino ads by now – you know, the ones staring the likes of Verne Troyer, Paris Hilton and Dan Bilzerian – they’re pretty iconic in the gambling industry. Well, one win at BGO was so big and so coincidental in the circumstances surrounding that it spawned a whole mini advert of its own.

Firstly the size. A lucky player was enjoying Playtech’s classic jackpot slot Beach Life – which despite having a pretty low profile among mobile casino gamblers, is becoming increasingly well-known because of ever increasing jackpots – and was thrilled to discover he’d landed an impressive £3.8 million jackpot on the game.

Ok, so it’s a decent jackpot, but there’s bigger ones won almost every week – what’s so special about this one? Well, I mentioned Paris Hilton being in these adverts for a reason and that reason is that the winner from Nottinghamshire also happened to have the last name Hilton.

Not content with letting the coincidence rest, BGO cracked out the fanfare with this spot making much of the namesakes: 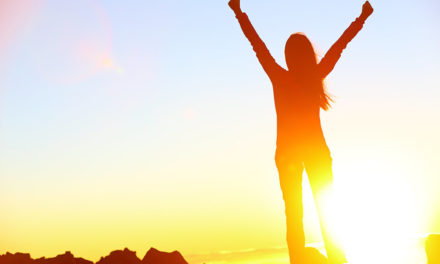