Complaints about the tightening of regulation in the UK online and mobile casino industry have been coming from left, right and centre, but have you ever stopped to consider quite how lucky you are? A new study looking at the availability and legality of gambling around the world has demonstrated a great disparity between nations when it comes to if and how people can access online and land-based gambling products. Some of the results are surprising, and will probably make you hold your tongue next time you’re about to complain about the POC Tax (which, by the way, is pretty legit).

The study – carried out by Key To Casino – aimed to identify the countries in the world where online gambling was legal, where it was banned and where there was a grey area. It also wanted to compare the availability of online and mobile gambling to that of land-based gambling, to see if there was any disparity.

Also, while there are plenty of countries which don’t have a ban on online casinos, only about 60 countries in the world will formally license online and mobile casinos (i.e. officially allow their citizens to gamble online or on their mobiles). Most others without a ban have either no rules, or implicit guidelines to how casinos can operate – but I’ll go into more depth on this later. If you’re reading this, chances are you don’t live in one of the 39 very unfortunate countries in which online and mobile gambling is completely banned, so spare a thought for those poor souls. On top of this, there are 32 other countries which will only allow foreign operators to offer online gambling services, meaning that players in these countries will never enjoy any games or promotions tailored towards them!

The study also reveals some really interesting things about why there is prohibition in certain countries against gambling. For instance, while in the US, it’s mainly big land-based casino businesses putting pressure on the government to retain legislation against online gambling, in places like the Middle East, many nations outlaw gambling on religious grounds.

The study also gave countries a score out of 1000 depending on the availability of gambling. The score was based on things like if gambling was legislated against, and what kind of hoops operators and players had to jump through to play at casinos. While a few South American nations and tiny European states got nearly perfect scores due to their lack of regulation, I’m pretty happy with the United Kingdom’s score of 840.

It’s comforting to know that, although most forms of gambling are widely available, there are watchdogs and governmental oversight to ensure you don’t get taken for a ride. In a surprising turn of events, it appears that USA is the worst place to be a gambler, as the availability both on and offline is pretty shocking.

The thing I find most interesting about this study is what it reveals about the relationship between online/mobile and land-based forms of gambling. If you look at the charts below, you can see that there is a huge disparity between the number of countries where land-based gambling is totally forbidden, and those where mobile gambling is banned: In short, it’s easy to see that there are many countries (13 in total) which have a ban on land-based gambling, which allow (or at least tolerate) online and mobile gambling. In most of these instances, it’s not actually operators from the country which run the online and mobile casinos, but citizens can still access foreign sites and gamble there, with the governments making little or no effort to shut the sites down. 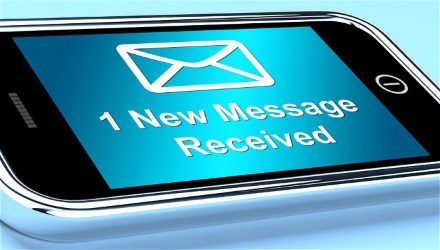